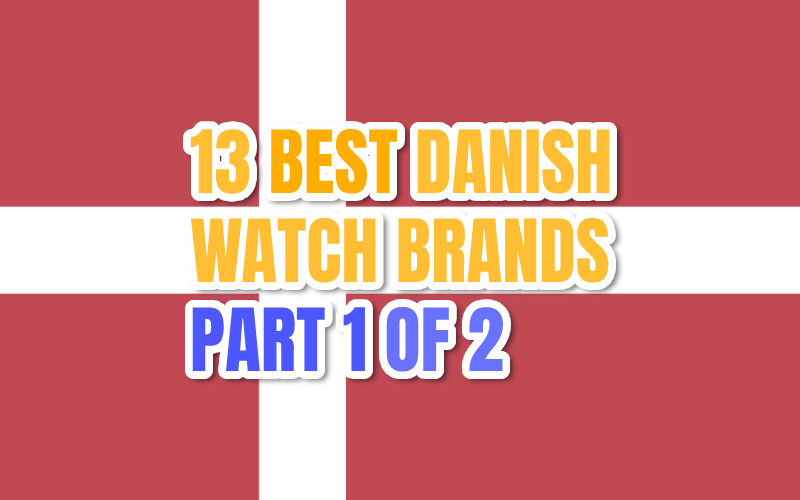 It was chosen for its comfort and its stylish expression – Made in Denmark and shipped to the United States to play an important role in this historic event.

Since the legendary meeting between Kennedy and Nixon in 1960, Danish design has been the epitome of high quality and ease of use and has left its mark in many places in the world, not least the United States.

As a Danish watch enthusiast, it therefore feels natural to spend some time reviewing the ever-growing number of Danish watch brands.

Many have been added during the last decade and we will look into the background of the different brands, as well as quality and price level, and then we will also show a single model from each company to give a sense of the individual brands’ visual thinking.

‘Minimalism’, ‘thoughtfulness’, ’user-friendliness’ and ‘durability’ are all keywords you would associate with the famous danish design.

Some of the greatest Danish designers over time have been guided by these qualities and that is probably a big part of the reason for their great success. Just think of Georg Jensen, Verner Panton or Bang & Olufson, just to name a few.

The question is whether Danish watch companies have managed to continue the proud traditions and whether they are facing a golden future, or in time will end up in oblivion.

Let’s get started with the list and find out. 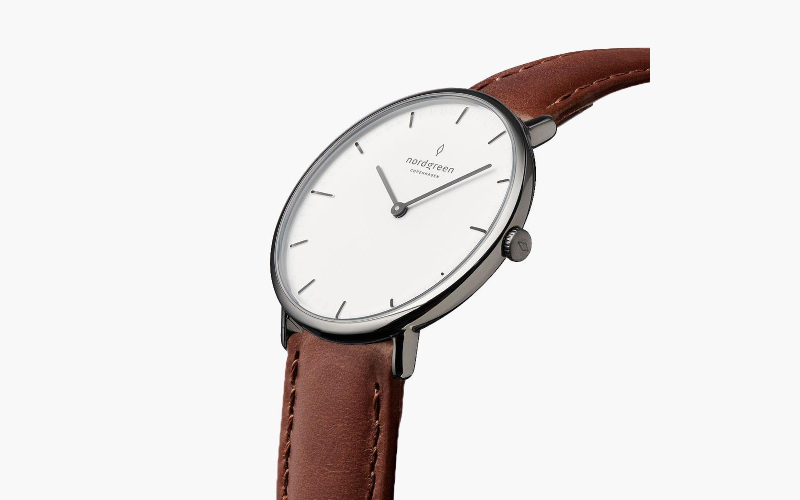 There are lots of Danish watch brands to tackle and Nordgreen is the first on our list.

Nordgreen is a young company, founded in 2017 by Pascar Sivam and Vasily Brandt, and in just 4 years they have managed to create a strong brand.

The company has allied itself with the Danish designer Jakob Wagner – who is known for his collaboration with Bang & Olufson – and it has apparently been a really good idea, because the watches from Nordgreen are generally both beautiful and stylish.

Despite the minimalist style, which we also know from German Junghans, the expression is both original and user-friendly, which makes Nordgreen watches particularly suitable as dress watches.

Only notable downside is that the movement is imported Japanese quartz movements of more or less indeterminate origin, except that they are Japanese… It would have been great to experience a Nordgreen watch with a mechanical movement, but it is a completely different ball game for a young watch company to go that route.

Nordgreen makes no secret of the fact that their collections have design as a central focal point and users are generally very satisfied with their purchase. 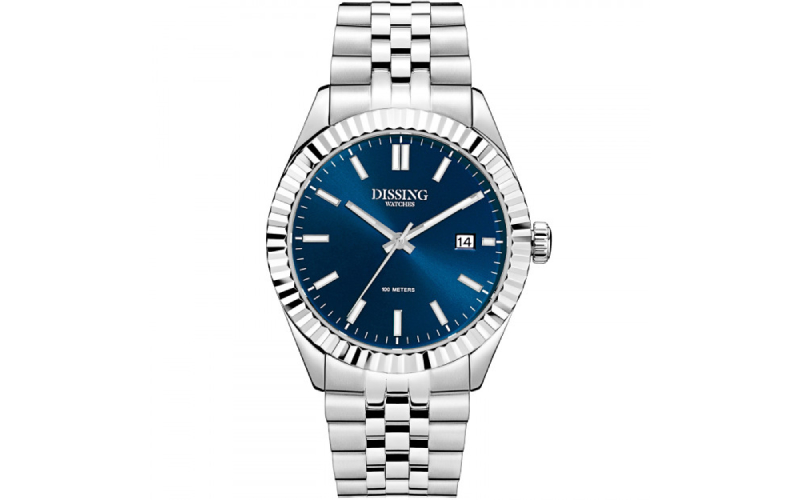 Dissing Watches was created by the two brothers Kasper and Mikkel Dissing in the autumn of 2018 and therefore only has less than 3 years on its back.

It is not much experience and you can see it in their collections “Steel”, “Date” and “MK5”, where all models are nice and tidy to look at, but where the Nordic style is in short supply and difficult to spot.

It is clear that the design is borrowed from other well-known watch brands, including Rolex and Patek Philippe, and that is probably what I think is the biggest problem with this watch brand – the lack of originality and ‘Danishness’.

If you have to go for a Danish-produced watch, you should also be able to sense the Danishness and I find that difficult with Dissing Watches’ collections.

It must be emphasized, however, that the watches are made of good materials, including 316L steel and Sapphire crystal, as well as the fact that several of the models are waterproof to 100 m, and that indicates a good build quality.

All models are equipped with a Japanese Miyota movement. 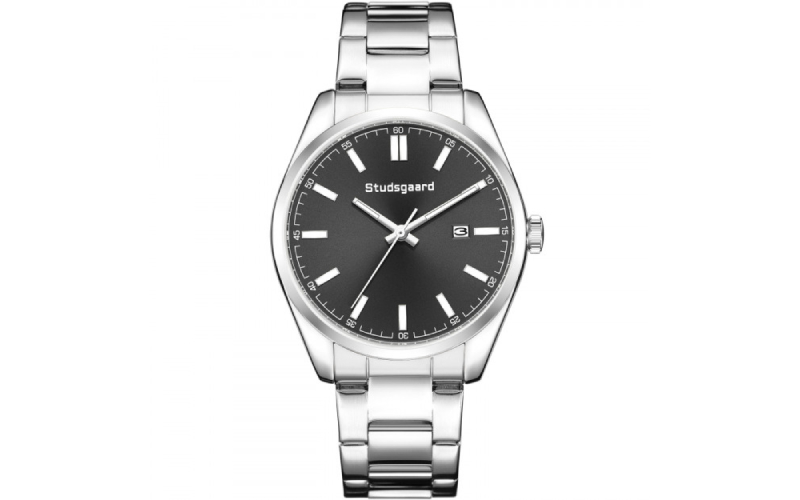 Also with this brand, it is difficult to spot something that is just reminiscent of Danish design and one can wonder a little why the Danish creators behind the company have chosen to start several companies that are confusingly reminiscent of each other and where the world-famous Danish design is largely non-existent.

Again it is Rolex that served as main inspiration, so if you are into a relatively low-cost produced watch that reminds of a Rolex, but where the name ‘Studsgaard’ is written on, well, then it is the right collection to explore.

A watch that costs around $100, however, can not be compared with the quality of a Rolex watch. 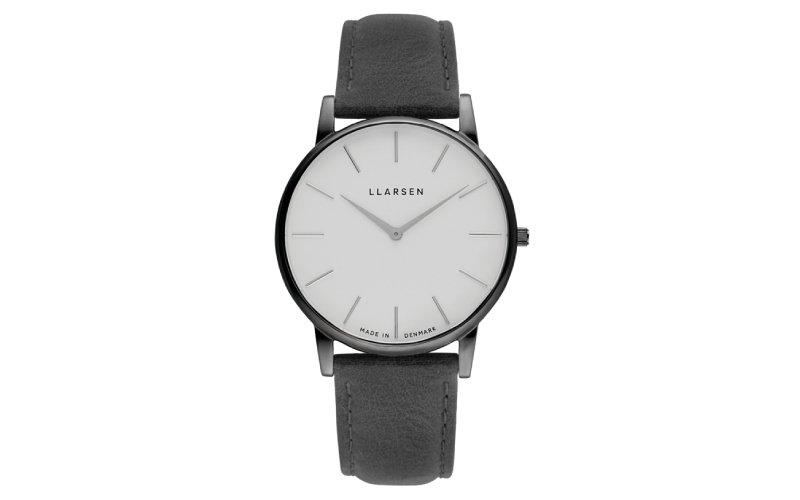 Llarsen has a better understanding of what Danish design is about, namely simplicity and minimalism combined with user-friendliness and high aesthetics.

It is also worth noting that all Llarsen watches are assembled in Denmark, which in my opinion should be a matter of course if one is to describe the product as being Danish.

It is clear that many of the watches’ parts (if not all) are produced abroad, including not least the watch movement which is a Japanese Quartz Miyota.

However, it does not have to be a dealbreaker in itself. Several Swiss watch companies manufacturing level entry watches, use the same practice.

Llarsen uses good materials, including not least Sapphire crystal and 316L Steel, and many of the watches are waterproof to 50 m, which is just fine for a dress watch. 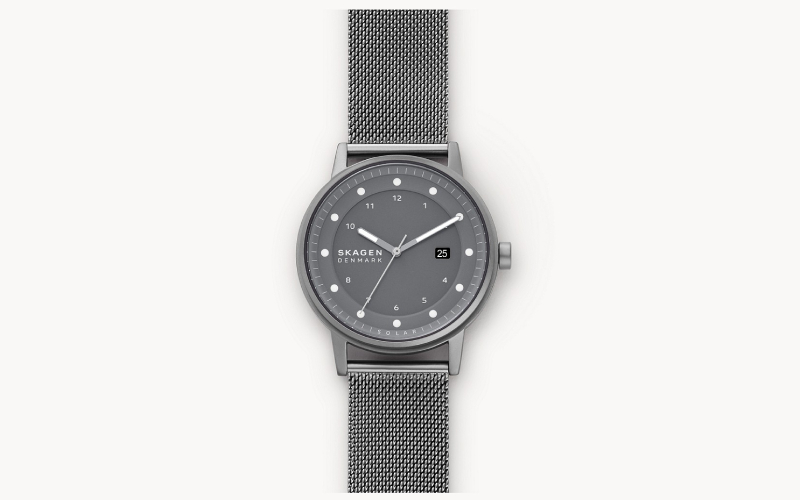 ‘Skagen’ is Denmark’s northernmost town and a very popular holiday destination for Danes and foreigners, partly because the place has attracted many painters over time, not least because the area is said to be surrounded by a very special light.

The small fishing village has also given its name to Skagen Denmark which was founded in 1989 by a Danish couple, Henrik and Charlotte Jorst. The brand is owned by the umbrella brand Skagen Design Ltd.

There’s a lot of good things to say about Skagen watches, but let’s go through the bad ones first.

Skagen watches was first manufactured in Hong Kong, but in 2012 the production was moved to China, so if you buy a Skagen watch, you do not get a watch assembled in Denmark already sowing doubt about how Danish a Skagen watch really is.

Also, the watches are quartz-driven, which is good in terms of accuracy, but less interesting if you consider watchmaking an artform.

On the positive side it’s worth mentioning that the creators behind the Skagen design has been steadily focusing on the design itself and not so much on the internal parts of their products, and they have been quite outspoken about it too.

And they are good at it. The minimalist Danish style is oozing from their watches and they simply look great.

if I was in search of a Danish watch for myself, Skagen would be among the brands I would explore first. 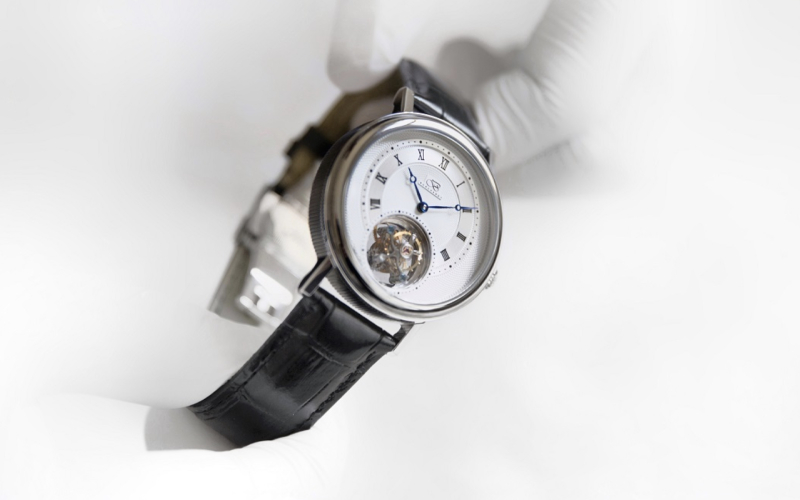 Borgvardt is an interesting alternative in the sense that the company is one of the few to offer a Danish-designed tourbillon watch, and that in itself is a bit unusual.

The company is based in Esbjerg, Denmark, and their designer is named Lennart, but otherwise their website does not tell much about the company’s background.

On their website, Borgvardt claims that they are inspired by classic pocket watches from the 19th century and it is very clear that they are trying to launch their collections as luxury watches, both judging from text and images.

However, Borgvardt watches can in no way be classified as luxury watches and this is evidenced by the prices, which are typically in the range $200 to $250, with the exception of their tourbillon model (as shown).

Related Article: What Is a Luxury Watch?

They also try to highlight the ‘Danishness’ as an important element in their design, but Borgvardt claims that, for example, their “1945 Automatic” collection is a tribute to Rolex, with a special reference to the legendary Rolex DateJust.

It does not make much sense in itself, but here comes the particularly whimsical part. The models from the “1945 Automatic” collection have visually very little comparability with Rolex DateJust…

All in all, I get the impression that Borgvardt is betting on a customer segment that is easy to be enchanted by professional phrases and sales talk, but which in reality does not know much about watches. 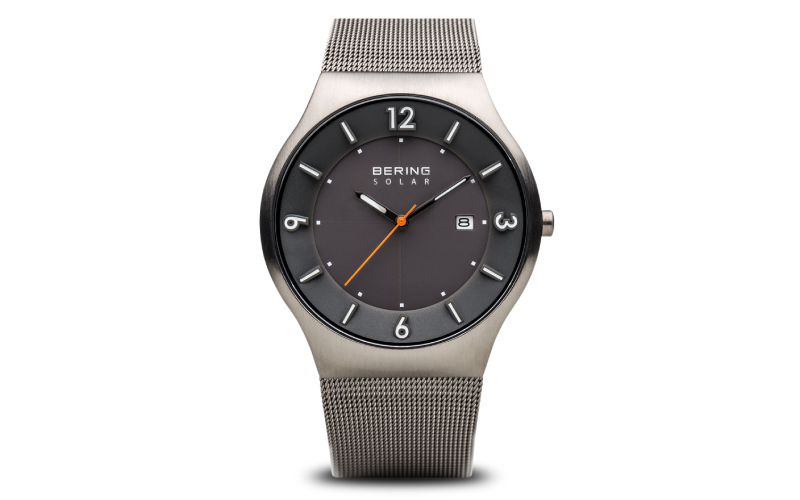 Bering was founded by Michael Witt Johansen with inspiration from his father who traveled for 25 years as a businessman to Greenland and the Faroe Islands.

The many stories that his father could tell later formed a cornerstone in the construction of Bering, named after Vitus Bering, who in 1728 sailed the Arctic Ocean and discovered the Bering Strait.

Bering is clearly inspired by German Junghans, but it has only proved to be a really good idea, because the watches are both well thought out and beautifully designed.

As with many Junghans models, several of the collections offer important features such as solar cell, radio control, digital data indication and a water resistance of 50 m.

The collections are also characterized by great variety, both in terms of materials and features, and they all have the timeless, minimalist Scandinavian look about them.

Another great thing about Bering is that they offer both quartz-driven watches as well as automatics.

If you are looking for an elegant, slim, Danish designed dress watch at an affordable price, Bering should be one of the brands you examine first.