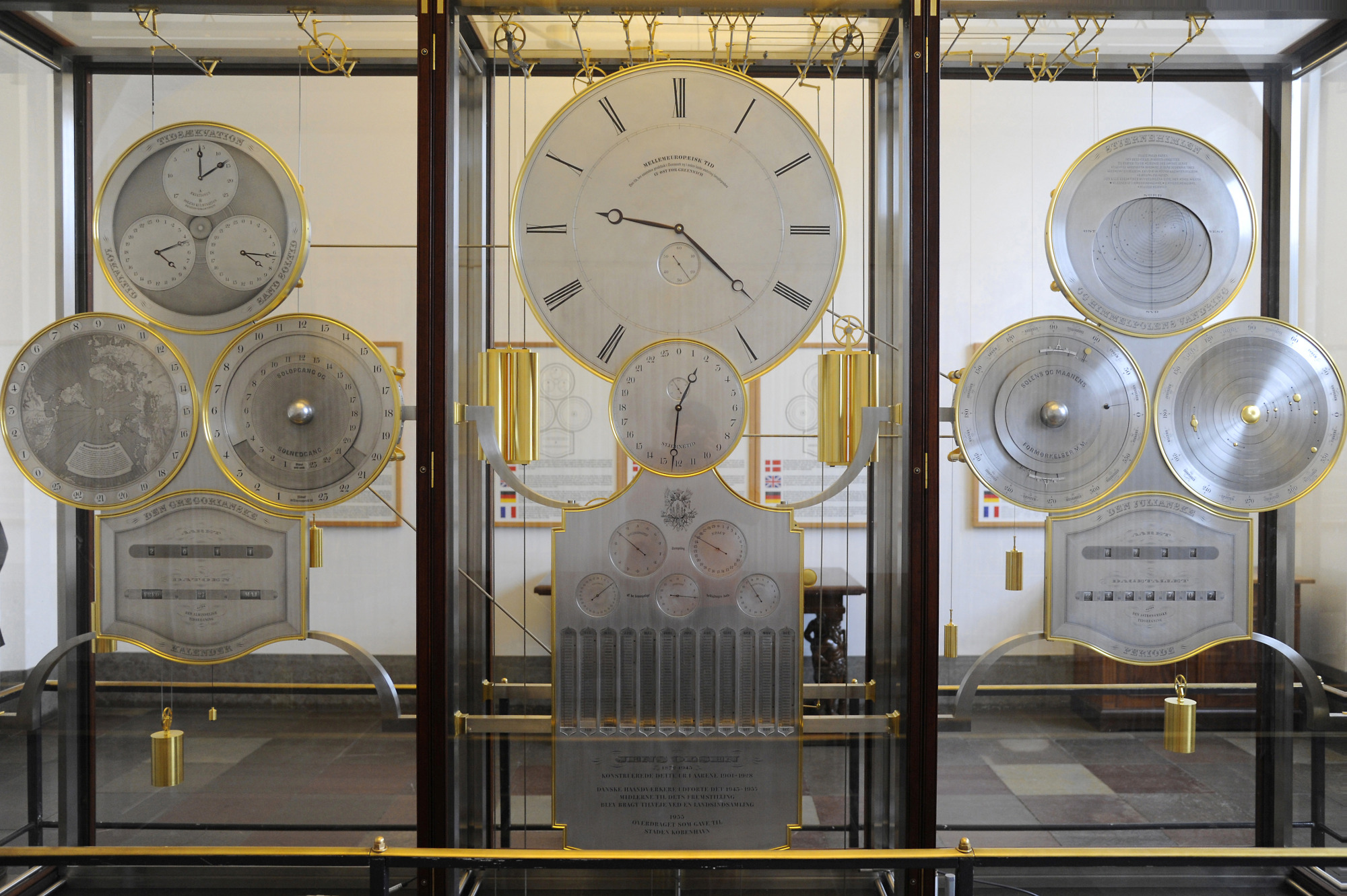 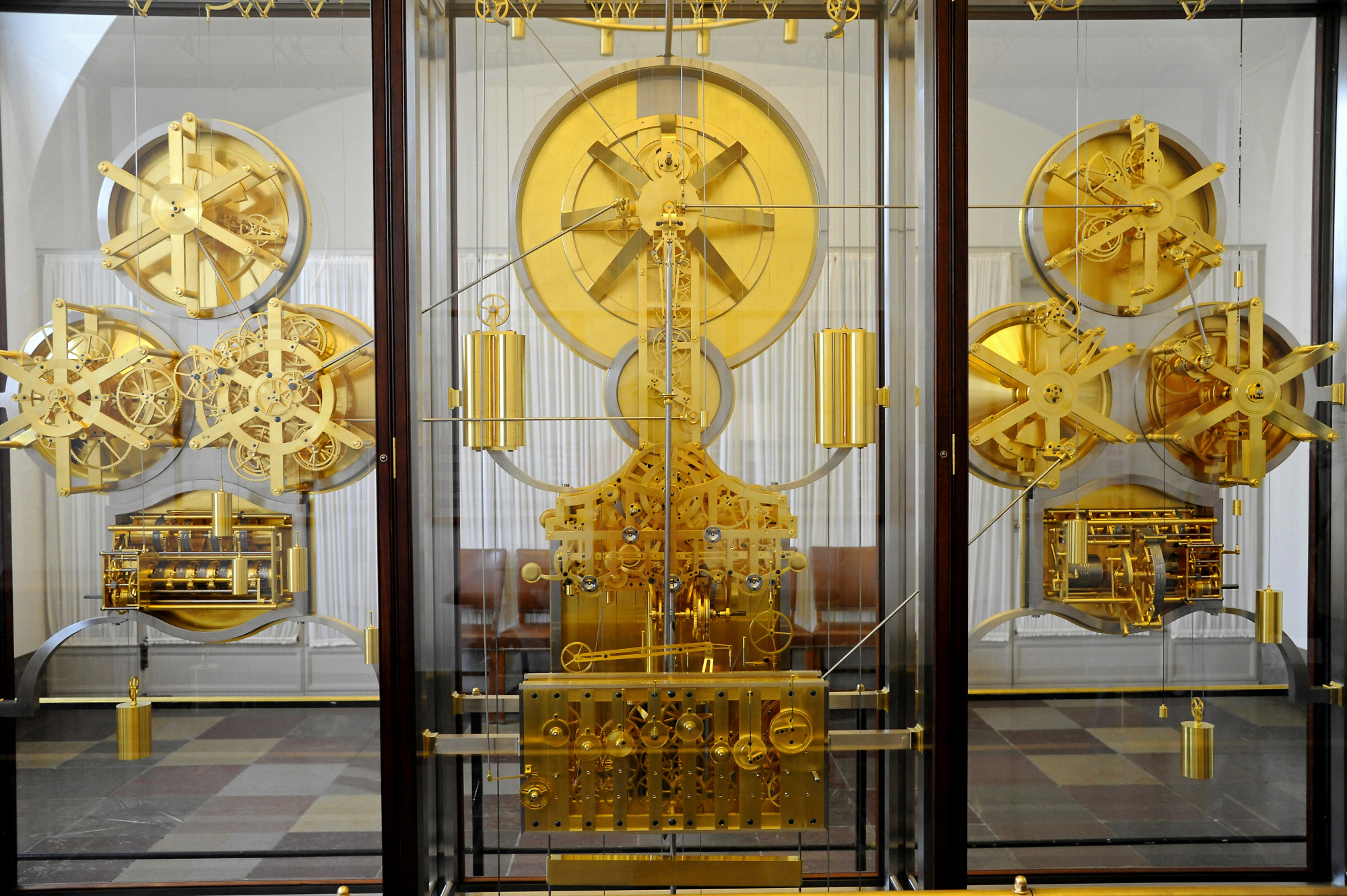 Jens Olsen’s World Clock is claimed to be the most precise mechanical clock in the world only outdone by atomic clocks.

But who was Jens Olsen and what was the driving force behind this modest Dane’s ambition and persistence that, despite great adversity in life, stubbornly worked all his life on his vision of a very special astronomical clock.

How I Got to Know About Jens Olsen’s World Clock

It was one of the more exciting lessons because what we heard was a story of a masterpiece created by a genius, even a Danish genius! I’m Danish so it made it no less interesting to me.

I do not remember which teacher or school subject we had, but I very clearly remember the story of this amazing clock and how much an impression it made on me.

I have explored the story again to fill the gaps in my memory and to learn more about who the man behind this incredible clock was.

Jens Olsen was born in Ribe, Denmark on July 27, 1872 in a small home with a large family.

The family was poor, but the home was cheerful, and Jens’ peers were happy to make a visit where they would read aloud, sing and play music.

It was during one of the storytellings that Jens was inspired to become a watchmaker.

One of the stories was about a clock that had broken, but no one could repair.

Jens thought this could not be right and therefore he wanted to become a watchmaker when he grew up, so he could repair the watch.

In school, Jens had special abilities for mathematics and physics, and after finishing school, he was apprenticed to a locksmith.

Jens Olsen became a journeyman and worked as a mechanic for a while, and in his spare time, he read books on astronomy

and all that was related to clocks. 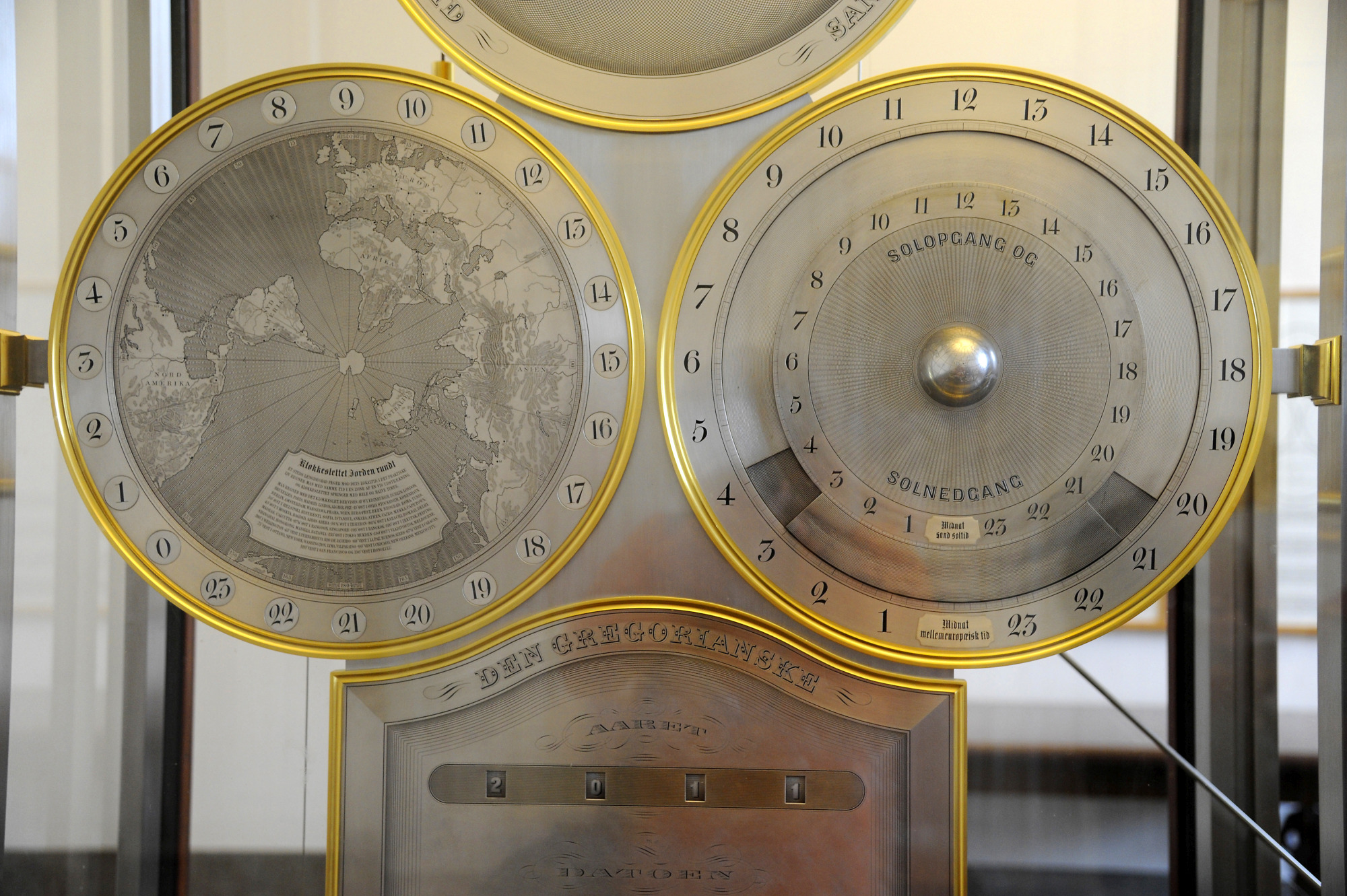 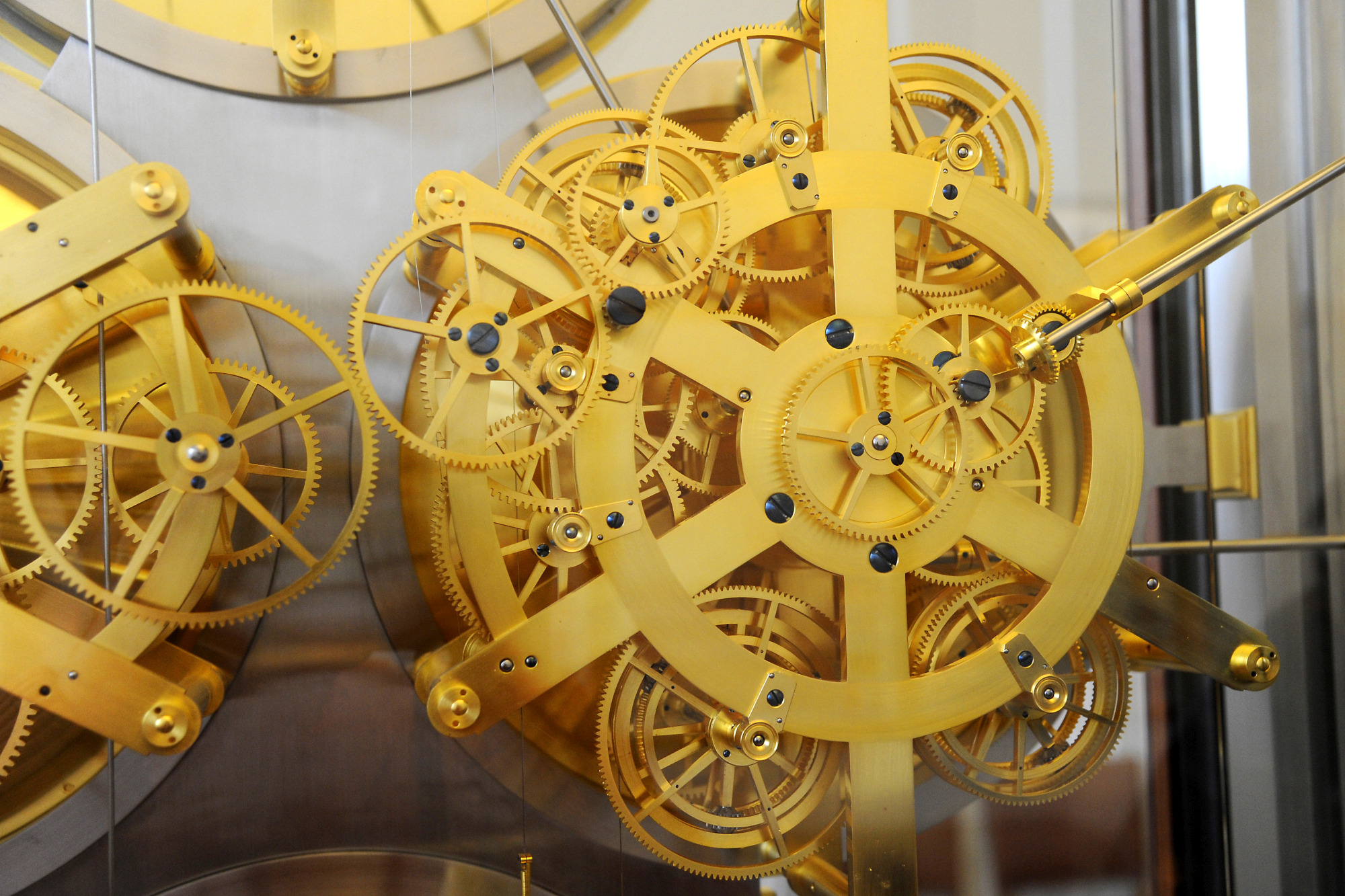 Journeyman on a Journey

In 1897 Jens Olsen went on a 5-year foreign trip where he among other things studied the famous third clock in Strasbourg Cathedral, France (Cathédrale Notre-Dame de Strasbourg), constructed by Jean-Baptiste Schwilgué in 1842.

He tells from here that the times the clock was available for visit were no longer enough for him. Therefore, he hid in a corner of the cathedral and later he could study the details hour by hour!

His goal was by no means to copy this clock, but rather to learn and seek inspiration.

Jens also reached Switzerland where he worked exclusively with watchmaking.

Later he worked a year and a half in Paris, among other things, during the World Exhibition in 1900.

The journey ended in London.

Already during the journeyman years, Olsen had laid the first plans for his actual work of life, a modern astronomical clock that was supposed to surpass all the former in accuracy and the number of functions.

The first sketches were completed in 1922, after which Olsen built a preliminary model of the clock’s very ingenious calendar work.

Later, a detailed presentation of the whole clock followed.

Danish astronomer and Professor Elis Strömgren supported Jens Olsen’s ambitious clock project all the way and helped to ensure that all calculations were correct.

However, it took another twenty years to acquire the funds necessary to build the clock.

Did You Know That Jens Olsen’s World Clock:

In 1934, the watchmaker’s organization set up a committee with mayor Ernst Kaper as chairman to raise funds for the execution.

After Kaper’s death, the work stopped until 1938, when the watchmaker’s organization and H. C. Ørsted Foundation granted money for the preparation of work drawings that were completed in 1943.

A donation of DKK 100,000 from the Danish Employers’ Association supplemented with funds from a national fundraising then made it possible to start the work in a workshop that the Danish Technological Institute made available to Jens Olsen and his son Martin Olsen as an assistant.

The son was shot by the Germans during the public strike in 1944, and after Jens Olsen’s death the following autumn it was handed over to watchmaker Otto Mortensen to lead the clock’s completion and set-up at Copenhagen Town Hall where on 15 December 1955 King Frederik IX and Jens Olsen’s youngest grandchild started the clock in union. 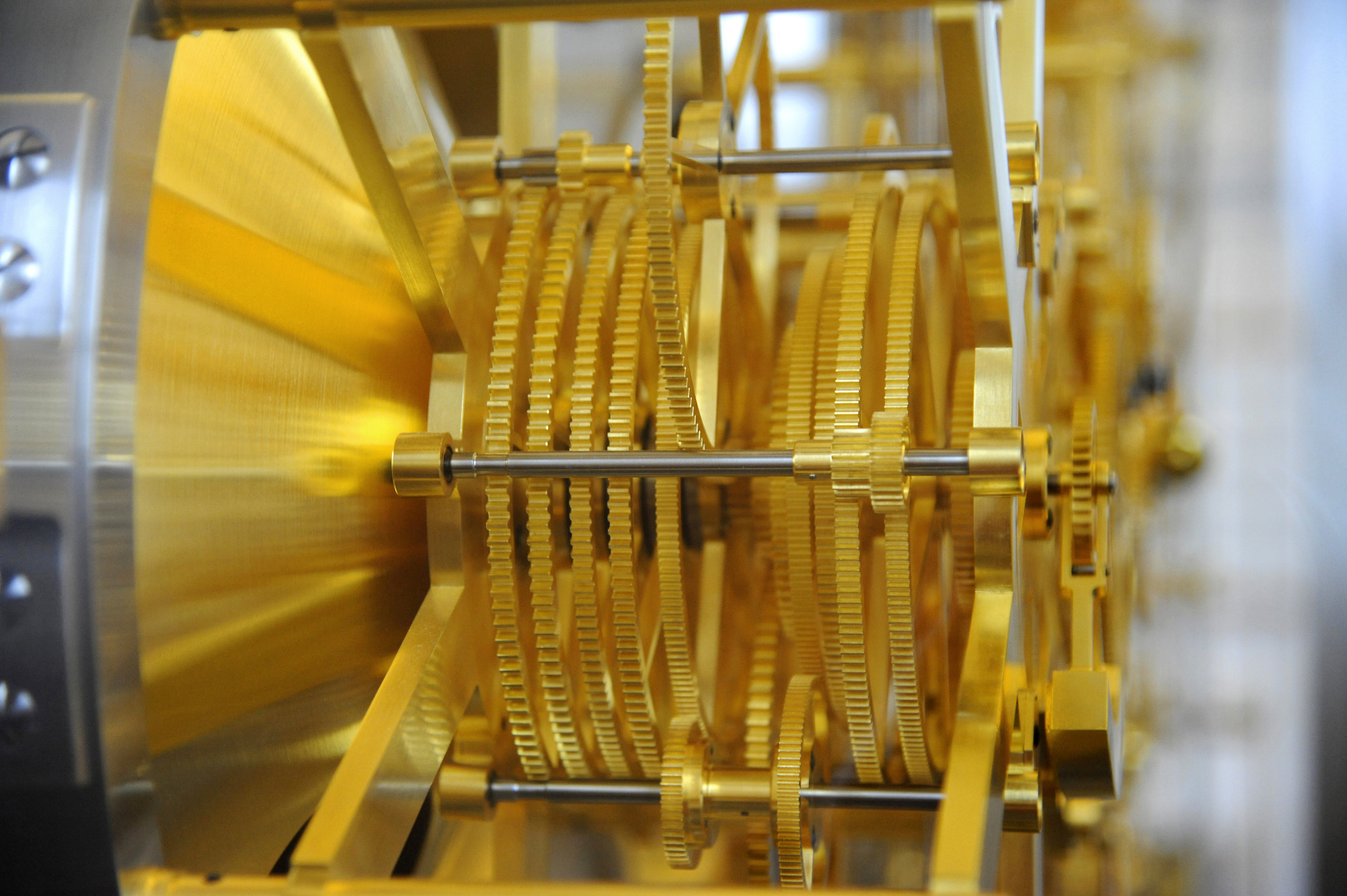 The clock’s central part is a pendulum clock

From here, ten other works are managed, each of which shows significant astronomical and timing phenomena.

The clock is distinguished by all the earlier such clocks, partly by the ingenious execution of the solar and moon mechanism, and partly by the calendar work that each New Year’s night automatically calculates all the chronological elements of the coming year.

In addition, all clock parts are visible and very beautifully crafted both artfully and artistically.

It has been a great pleasure for me putting this article together about Jens Olsen and his incredible work of life, especially because Olsen was not just a skilled man, but also a well-liked person with the heart in the right place.

Jens Olsen was modest, but happy and friendly with a strong family feeling.

His humor made him popular among craftsmen in Copenhagen, just as his great technical and theoretical knowledge created respect for him in scientific circles where he already established his name in 1906 as one of the founders of the Astronomical Society.

So next time you come to Copenhagen, make sure to visit the City Hall and experience Jens Olsen’s World Clock up close.