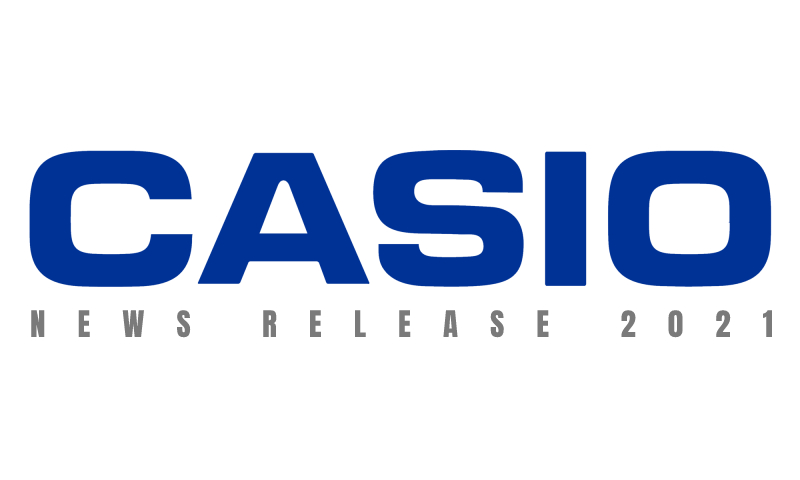 It’s no secret that we love Casio here at Great Wristwatches – a love we share with no one less than Mr. Bill Gates – so what’s more natural than just taking stock of what new timepieces Casio has developed and launched here in early 2021.

Before we go to the list, it is appropriate to state that the list also includes models launched in late 2020 and we have chosen to do so due to the time that elapses from a watch being launched until it can be purchased in stores.

There are many good reasons to choose a Casio watch and we have given many of the reasons here over time.

The overriding reason for Casio’s huge success with the development of timepieces lies in the relation between quality and price. Quite simply.

When high quality and reasonable price are offered in one and the same package, then of course it is something that can’t go unnoticed and calls for attention!

And that’s a recipe Casio has been following ever since the company released their first model in 1974, the legendary “Casiotron”, a digital watch that must have appeared as a minor technical marvel at the time.

The Latest Timepieces From Casio

Interestingly enough, all the latest new releases from Casio belong to the G-Shock series, a series that in recent years has gained great popularity not least among the younger consumers, partly due to the series’ unsurpassed ability to withstand extremely strong physical influences, partly due to the unique design. 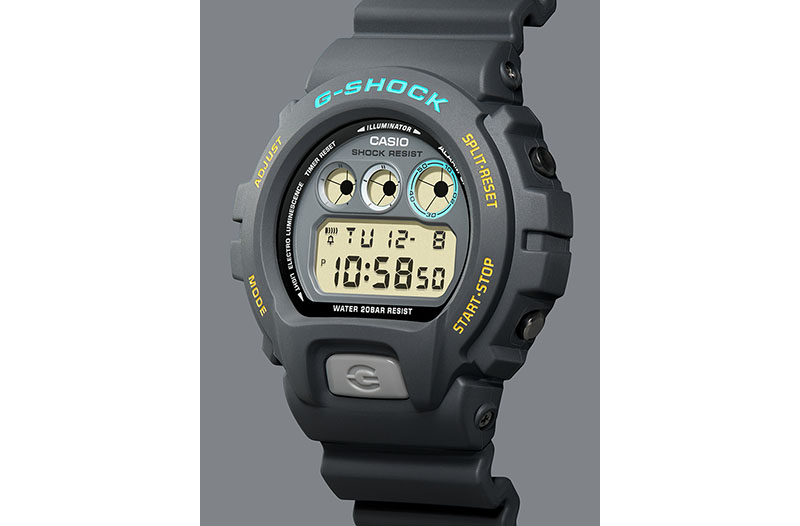 The very first model on our list was announced December 8, 2020 and is a quite special watch as it is limited edition and done in collaboration with HODINKEE and no other than the seven-time Grammy Award winning artist, John Mayer.

For instant, when you compare the coloration of the Casio G-Shock DW6900JM20-8CR with the Casiotone SK-5 it’s quite easy to see the connection.

Even the teal “G-SHOCK” and the yellow lettering around the bezel stem from the Casiotone SK-5. 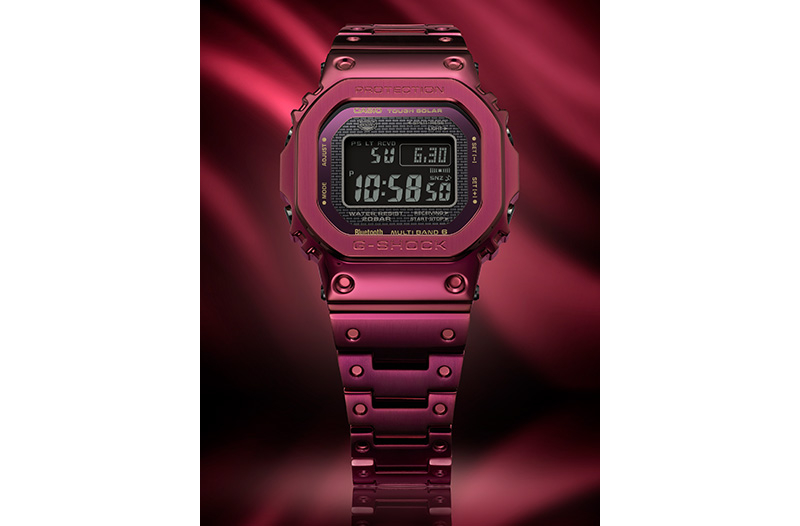 The next model is a further development of the classic DW-5000C which was the very first G-Shock model Casio released in 1983.

The GMWB5000 is closely related to the Casio G-Shock DW5600E-1 that earned the Guinness World Record for the heaviest vehicle to drive over a watch in 2017 – and survive it, obviously!

They are both based on the same classic square case shape and digital display.

The most eye-catching feature about GMWB5000RD-4 must be its red stainless steel case.

This bold, brand new model also features a band created with a matching red IP finish and a screw back with a diamond-like carbon finish for better wear resistance.

In addition to an updated look this new full metal timepiece comes with a number of great features and functions such as Bluetooth Connectivity via the G-Shock Connected app, Multiband 6 Atomic Timekeeping, Tough Solar and 200 m Water Resistance. 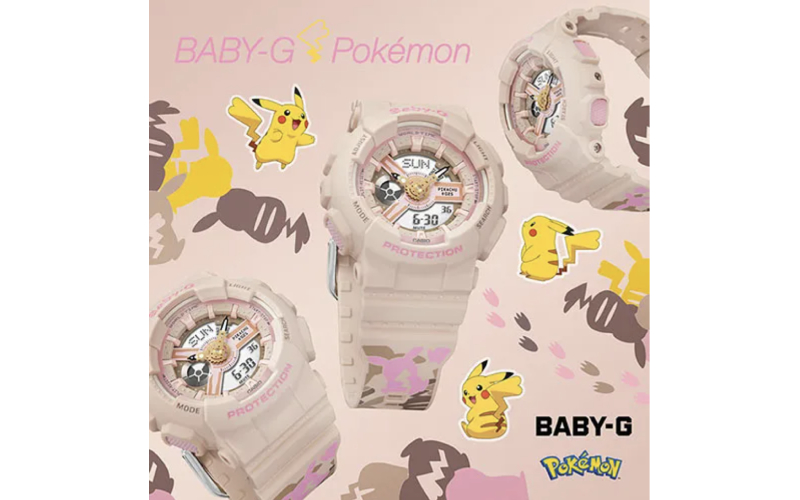 The next timepiece on our list is a women’s watch and must be considered a model that caters to a particular customer segment.

The watch has been created in collaboration with the Pokémon Company and is a new addition to its popular line of Baby-G watches.

More specifically the watch has been designed with the fan-favorite Pokémon, Pikachu, in mind.

In shows in many details of the watch like the Pikachu image etched on the back of the case, and the hour and second hand evoking the face of Pikachu.

Casio has highlighted the following about the individual models: 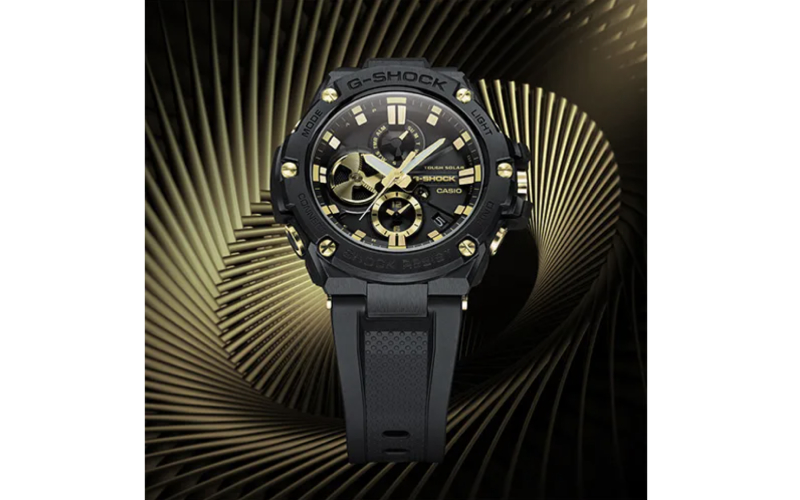 Casio’s G-Shock line known as G-STEEL is without a doubt the most expensive of all the G-Shock series and it’s safe to describe this line as the luxury line of G-Shock.

The Most Popular Casio Watch in 2020