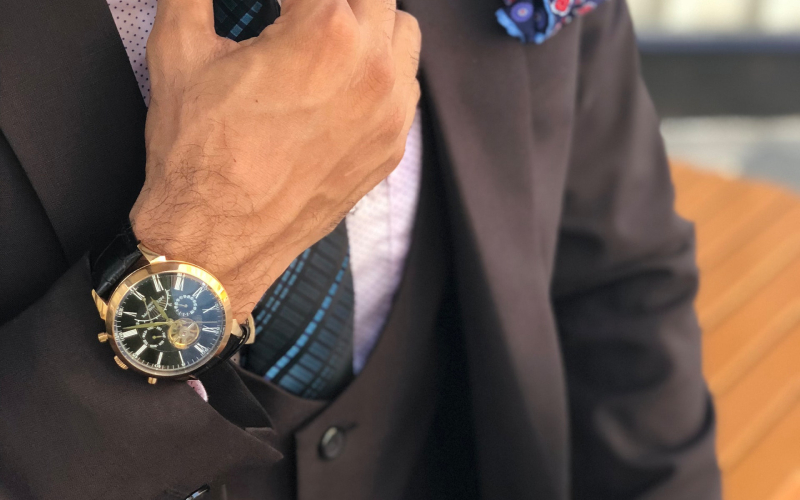 What is the definition of a luxury watch?

The term ‘luxury watch’ is sometimes used in forums and articles discussing timepieces, but is there a more precise definition of a luxury watch and if so, what does it sound like?

What’s in the Dictionary?

If you go to the Merriam-Webster dictionary, it does not say anything about “luxury watches“, but it does provide information on the concept of “luxury“.

According to the dictionary, “luxury” is a noun and can be defined as:

“a condition of abundance or great ease and comfort”.

“something adding to pleasure or comfort but not absolutely necessary”.

“an indulgence in something that provides pleasure, satisfaction, or ease”.

Another word that comes to mind when I think of luxury watches is the word ‘extravagant’.

About the word “extravagant” Merriam-Webster gives these definitions:

“exceeding the limits of reason or necessity”.

“lacking in moderation, balance, and restraint”.

“extremely or unreasonably high in price”.

“spending much more than necessary”.

The Definition of a Luxury Watch

Let it be said at once: There is no official definition of a luxury watch.

In other words, everyone is basically free to apply the concept of any watch.

Yet there are certain brands and models that all seem to agree are capable of carrying the predicate ‘luxury watch’.

The Rolex Day-Date, often referred to as the ‘Presidential’, is a good example of a classic luxury watch.

At the other end of the scale there are watches where no one doubts that they are fairly ordinary timepieces and certainly not worthy of being classified as luxury watches.

So apparently it’s the watches in between that can sometimes cause debate and disagreement among watch enthusiasts.

With the Merriam-Webster dictionary’s definitions of the terms “luxury” and “extravagant” in mind it seem to me that there’s two keywords to take into consideration when determining whether a watch is a luxury watch or not, and that is “expensive” and “unnecessary”.

While that question is not a trivial one with only one answer, I will here give you my take on how to define a luxury watch:

To be considered a luxury watch the timepiece must be built by elite watchmakers and certified as a chronometer, which means that it has been tested and approved by Contrôle Officiel Suisse des Chronomètres (COSC), the Official Swiss Chronometer Testing Institute.

Outside Switzerland, equivalent bodies such as the Japan Chronometer Inspection Institute have certified timepieces to the same internationally recognised standards, but because the use of the term ‘chronometer’ has not always been strictly controlled to the standards of COSC, only chronometers certified by COSC is considered here.

Materials matter, especially when it comes to luxury watches.

Precious metals like Gold, Platinum, Titanium, even High-Tech Ceramics and more exotic materials like Moondust or parts from the legendary passenger liner Titanic, are all materials you could expect to find in a luxury watch.

And then there’s the gemstones used to push the timepiece unto the more ‘blingy’ side, and here we are not dealing with the jewels inside the movement, but the precious stones, often flawless diamonds, used for decoration on the face, the bezel and/or the strap.

It may look flashy, but in terms of functionality including accuracy of the watch, of course they don’t matter one bit.

A watch spiced up with high-quality gemstones would typically have to be classified as a luxury watch.

However, it’s important to note that precious gemstones are not required to qualify for a luxury watch, but they do make an evaluation easier.

Interesting, nice to have, even useful perhaps, but necessary? Hardly.

For the most part complications are included to heighten the excitement and joy of the watch, but in many cases it would be hard to argue for a specific need or necessity.

Complications like the ones suggested in the list above can not be associated with luxury watches per automatic, but if they are present, it’s a step in that direction.

Swiss brand Tourbillon wristwatches can be acquired for about $15,000 and up and have long been sought after by watch fans.

With few exceptions such as the cheaply produced Chinese Tourbillons and the much-talked-about ERA Prometheus, the price tag is almost automatically reflected in a Tourbillon watch.

Luxury is basically tantamount to gluttony, that is, in this context, expenses you allow for desire and not need.

Behind such expensive and ‘unnecessary’ acquisitions is sometimes an urge to display success, power and wealth.

In other words, to qualify for a luxury watch it must have the potential to serve as a status symbol and consequently it must come with a substantial price tag.

Now, while I believe most buyers who can afford such a watch do not buy it exclusively to ‘show off’ or demonstrate financial status, I certainly believe most of them don’t mind if it happens to have this quality.

It is literally impossible to set a minimum price for a luxury watch because so many other factors play a part, but if I were to pick a price point, I would return to the cheapest high-end Tourbillon watch and use that price level as a starting point.

costs about $15,000 and is one of the cheapest Swiss Made Tourbillon watches on the market, so that figure seems reasonable to separate luxury watches from non-luxury watches.

Is This a Luxury Watch?

Last year ERA Timepieces launched the ERA Prometheus, another Tourbillon wristwatch claimed to be on par with other high-end Tourbillons, but at a price of only $1,499.

They also make a Titan Edition of the Prometheus model and a few important specs include:

This watch cost $6,500, so it’s significantly cheaper than the Tag Heuer Heuer-02T

, but would you still define it as a luxury watch?

How do you define a luxury watch?