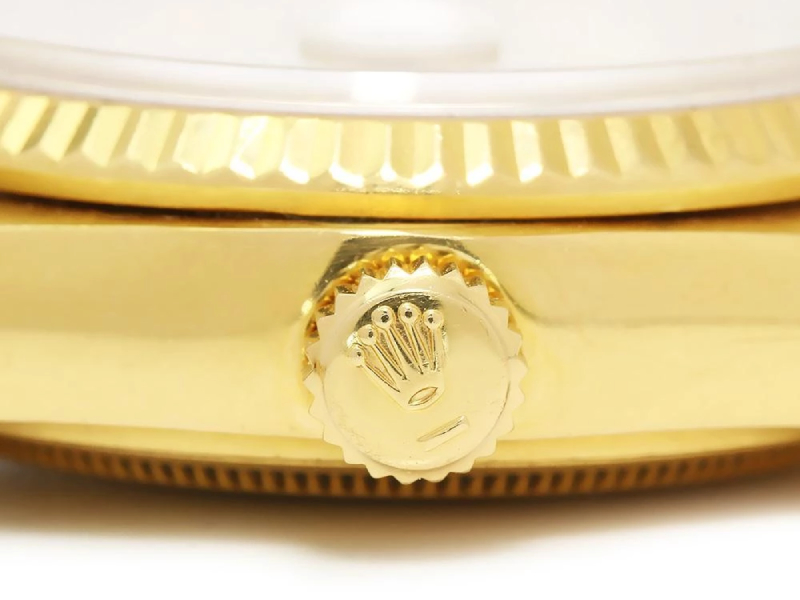 Rolex has never produced a wristwatch called ‘President‘, ‘Presidential’, ‘Rolex President’ or ‘El Presidente‘, yet watch fans keep using these names, especially about the Day-Date, but also other Rolex models.

So what is a Rolex President actually, what is the background story for these nicknames and which model (or models) do they in fact apply to?

In order to better understand the course of events leading up to The Rolex President, it is necessary to first explain the context, so we will begin with a bit of history. 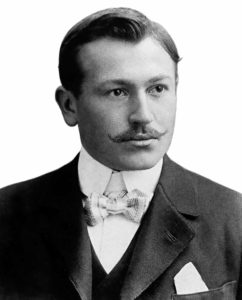 At the age of twelve both Hans’ parents had passed away and his fate was placed in the hands of his uncles.

They made sure Hans got a good education and prepared him to become self-reliant very early in life.

Hans Wilsdorf prospered in school, excelled in mathematics and languages and eventually began his career in Swiss watchmaking when he moved to La Chaux-de-Fonds in 1900 to work as an English correspondent and clerk with an influental watch firm there.

In 1903 Hans Wilsdorf moved to London, England where he started working for another exclusive watchmaking company.

The work with the two watch firms enabled the young Hans Wilsdorf to gain a great deal of insight and knowledge about watchmaking and in 1905 he founded Wilsdorf & Davis.

The company’s name was changed to Rolex in 1908.

, a major breakthrough in the history of horology.

In 1933 world history took a dramatic turn when Hitler and his Nazi Party (NSDAP) came into power and established an absolute dictatorship in Germany.

Through the 1930s the Nazi regime dominated neighbours through military threats and ended up seizing Austria and most of Czechoslovakia in 1938 and 1939.

At one point the regime had taken over all of Europe except Switzerland, Sweden, Great Britain, Spain and Portugal.

Although completely surrounded by territory controlled by Germany, Switzerland managed to remain neutral throughout WWII.

During this difficult time the Swiss government’s position on Germany’s attempt to annex Europe was crystal clear.

Switzerland would resist and fight to the last man if necessary.

In 1944, just as World War II was coming to an end, Rolex produced their 50,000th Officially Swiss Chronometer watch.

Rolex, like so many others, was struck by the consequences of the war and was forced to slow down in doing what they love most, namely producing amazing watches.

As a result they wanted to mark both Rolex’ produced watch number 50,000 and the end of the war by granting the Swiss General Henri Guisan a Rolex watch.

Henri Guisan was Commander in Chief of the Swiss Army during WWII and is still regarded today by the Swiss as one of the countrys absolute greatest heroes and protectors.

After World War II, Rolex regained momentum and it took only a few years before watch number 100,000 was a fact.

Hans Wilsdorf and top Rolex executives decided they should give their 100,000th watch as a token of gratitude to the currently retired British Prime Minister, Sir Winston Churchill.

In 1951 Rolex produced their 150,000th Officially certified Chronometer watch and again they decided to celebrate by offering it to a prominent person of great achievement – this time the Five-Star General Dwight D. Eisenhower.

In this context it may be worth noting that Rolex gave the watch to Eisenhower before he became President of The United States.

Being the architect of D-Day, Eisenhower played a leading role in liberating Europe from the Nazi tyranny, and Rolex’ Director, Rene Paul Jenneret, made it perfectly clear that the gift was to be seen as a symbol of admiration and gratitude and that there was no advertising tie-up connected with it.

JFK and the Mysterious Watch

John F. Kennedy was elected the 35th President of The United States in 1961 and wore several different watches during his brief presidency, among them Bulova, Cartier and not least his signature watch, an 18 ct. Yellow Gold Omega Ultra Thin with a black leather strap.

On October 18, 2005, a Rolex Day-Date was sold on auction for $120,000 and it was rumoured to have been given to JFK by his alleged mistress, Marilyn Monroe.

The watch was engraved with the words “JACK, With love as always from MARYLIN May 29th 1962”.

The story was that Marilyn Monroe gave the Rolex Day-Date watch to JFK after she sang Happy Birthday to him for his 45th birthday at Madison Square Garden during a Democratic fundraiser.

JFK did not accept the gift, but handed it over to an assistant with an order to get rid of it.

It’s unknown whether the background story of the watch is in fact true or false.

Furthermore, critics point out that the watch itself can’t be genuine as this model was introduced in 1965, 2 years after Kennedy was assasinated.

Even the romance between John F. Kennedy and Marilyn Monroe has been questioned many times, although the majority seem to believe they did in fact have a secret affair.

The watch itself remains a bit of a mystery.

The next U.S. President to wear a Rolex was Lyndon B. Johnson, in his case a Rolex Day-Date.

It’s uncertain how Johnson got his Day-Date and where from, but it is a fact that Rolex Director René-Paul Jeanneret was friends with Lyndon B. Johnson and spent time on the President’s ranch in Texas.

Therefore it seems reasonable to assume that the Rolex Day-Date Johnson wore was an unofficial gift from the head of Rolex Geneva, although this is only a guess.

The Rolex Oyster Perpetual Day-Date was introduced in 1956 and pioneered in several ways.

It was the first chronometer wristwatch that besides a date window was now also equipped with a day window displaying the weekday spelled out in full at the 12 o’clock mark.

In addition, it came with the iconic ‘President‘ bracelet consisting of 3-part semi-circular links.

It’s important to note that it was Rolex that named the bracelet ‘President’.

When Rolex named their Day-Date bracelet ‘President’, an association to perhaps the most powerful and prestigious job on the planet had already been created, but Rolex didn’t stop there.

From 1953, three years before the Day-Date was introduced, Rolex initiated a series of ads running more than a decade, clearly with the intention of informing the public that many prominent and powerful top leaders from all over the world wore Rolexes.

They did so in a quite direct manner leaving no doubt about the purpose, yet with discretion and dignity.

Just read this main text from a Rolex ad printed in a magazine of 1964:

Men Who Guide the Destinies of the World Wear Rolex Watches.

You know their names as you know your own. You know their faces from a thousand newspaper and magazine articles. You have seen them and heard their voices on newsreels and on your television screen. Their actions and decisions influence the pattern of our lives.

We cannot mention their names, nor show pictures of them. It would not be fitting to do so, for they include royalty, the heads of states, great service commanders. But we invite you to look carefully at the next pictures that you see of them, at their wrists as well as their faces and clothes. You will notice that in almost every case they wear a wristwatch. That watch will most likely have been made by Rolex of Geneva. We are proud of the service given by Rolex watches to so many eminent men throughout the world. It is scarcely necessary to point out that the performance of these watches is, in the highest degree, accurate and dependable.

Rolex has, by the way, used that title in several ads with slight variations in the main text.

In another ad from 1966, the title simply went: “The President’s Watch.” accompanied by a text describing the specifications for the Rolex Oyster Perpetual Day-Date model.

There has long been a widespread notion that the term “The Rolex President” has been used about the Day-Date model based on the fact that Rolex named the bracelet of this particular model “President“, but that Rolex has never used the term “President” about the watch itself.

But in a 1986 Rolex ad addressing successful golfer and businessman Mark McCormack, the Day-Date model is directly described as “The Rolex President’s Day-Date Chronometer“.

As we now know, this particular ad is not the first time Rolex has linked the word “President” to their Day-Date model, but it may be the most direct.

Rolex quickly moved away from using the term ‘President‘ in their Day-Date ads, but the campaign made an indelible impression and to this day fans and connoisseurs use the term ‘Rolex President‘ about the Rolex Oyster Perpetual Day-Date