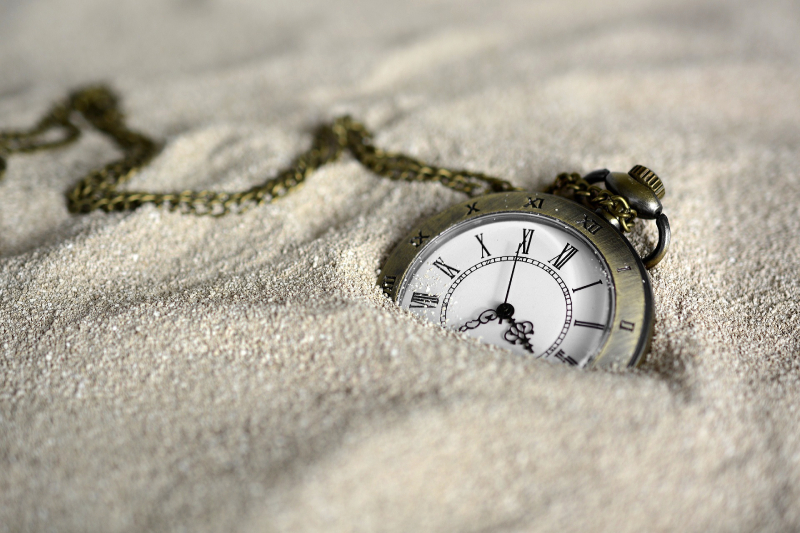 But are pocket watches

relevant as wearable timepieces to the modern consumer of the twentyfirst century, or are they just relics of the past and perfectly outdated?

The History of the Pocket Watch

Though pocket watches may appear to be old-fashioned and something that belongs to a dusty shelf in an antique shop, it has in fact been the standard portable timepiece for 400 years until wristwatches became popular after World War I.

By the end of the 15th century spring-driven clocks appeared in Italy and Germany succeeding weight-driven clocks, and by 1524, Peter Heinlein, a master locksmith of Nuremberg, manufactured pocket watches regularly.

During the 16th century pocket watch manufacture spread throughout Europe.

Early versions only featured an hour hand, but in the late 17th century pocket watches were made with a minute hand also.

It’s not entirely fair to refer to the earliest portable watches as ‘pocket watches’ because they were usually worn as pendants or necklaces and not in a pocket.

As a matter of fact, it’s not even fair to use the term ‘watches’ as there was a transition from weight-driven clocks to spring-driven watches, also known as clock-watches.

They were typically drum-shaped miniature clocks made of brass, quite heavy, several inches in diameter and fastened to clothing or worn on a chain around the neck.

Later the shape evolved into a rounded form. These were later known as Nuremberg Eggs.

In 1675 the waistcoat was introduced and allegedly the shape of watches evolved further into a typical watch shape, rounded and flattened with no sharp edges, to make them fit better in the pockets of these.

The Open Face Pocket Watch is designed without a cover leaving the crystal unobstructed for fast reading.

In the 17th and 18th century open face pocket watches were quite uncommon because they were more at risk of damage.

Back in the day the outer case served as an important protection of the watch and was often engraved with initials, ornamentation and other decorative elements.

The Half Hunter Pocket Watch is similar to the Full Hunter pocket watch except the outer case has a circular opening in the middle of the front, usually covered with glass.

This feature allows the wearer to read the time without opening the case.

The Double Hunter Pocket Watch can be opened both on front of the watch as well as on the back.

The watch face is protected while also allowing the wearer to open up the back of the pocket watch to view the movement in action.

The Half Double Hunter Pocket Watch combines the Half Hunter and the Double Hunter style meaning you can open the case on the front as well as on the back, and the front side has a viewing window for fast reading.

A Little About Trousers

The classic blue jeans must be one of the garments that stood the test of time best.

This particular style of trousers were invented by Jacob W. Davis in partnership with Levi Strauss & Co. in 1871, but have you ever wondered what that tiny pocket above the right front pocket is for?

Here is what Levi Strauss says about it on their website:

The first blue jeans had four pockets – only one in back and, in the front, two plus the small, watch pocket. Originally included as protection for pocket watches, thus the name, this extra pouch has served many functions, evident in its many titles: frontier pocket, condom pocket, coin pocket, match pocket and ticket pocket, to name a few.

Who Wears a Pocket Watch?

People are drawn to pocket watches for a number of reasons.

Collectors, museums and antique dealers have their own obvious reasons, but that doesn’t mean people actually wear and use pocket watches on daily basis.

In case you didn’t know there’s actually a huge market out there for pocket watches.

Try searching for “pocket watches” on Amazon or eBay and you will see a great number of pocket watches show up.

And they appear in all kind of shapes, sizes, materials and styles.

This is a strong indication that pocket watches are still popular.

In other words, people seem to buy them, but do they actually wear them too?

The reality is that the pocket watch generally went out of fashion when, during World War I, the military demonstrated the practicality of the wristwatch.

At this point the pocket watch had been the only portable watch for roughly four centuries.

The era of the wristwatch began and has been upon us ever since.

But interestingly enough where one might have expected to see a drastic decrease in the wristwatch market since the introduction of the mobile phone, the wristwatch seem to be as popular as ever.

And no wonder either. In terms of time telling the advantage of the wristwatch over the mobile phone is obvious. A twist with the wrist and you know what time it is. Practical and quick.

In daily use the pocket watch has its drawbacks like the mobile phone.

First you must reach for your pocket and fish it out, then open the cover to read the time.

A bit annoying when you know there’s a more convenient alternative.

So Are Pocket Watches Outdated Then?

Here are some examples of how pocket watches are used today:

1. Pocket watches as a fashion statement.

Although the pocket watch in general has gone out of fashion the fascination for these special mechanical timepieces has never completely left us.

While it may still look cool attached to a pair of blue jeans, a pocket watch can also help you achieving that classy appearance for that special occasion.

Whether it is for a Wedding, Banquet, Birthday, Reception or Anniversary, it is more and more often seen that men wear a pocket watch as a piece of jewelry to go along with a traditional men’s suit, in particular if a waistcoat or vest is part of it.

While probably not being used very often to them the pocket watch is just a part of the wardrobe along with other fashion accessories like sunglasses, ties, hats etc.

The wristwatch has always been a popular gift idea.

A classic example is the faithful employee who, after serving many years, receives a retirement wristwatch as a token of appreciation and gratitude from the management.

Birthday, Holiday, Anniversary/Wedding, Father’s Day, Retirement, there are lots of events where a pocket watch is an obvious gift idea.

The advantage of the pocket watch over the wristwatch is that you get the opportunity to add a fresh breath of horological history plus it’s particularly suitable for engraving and decoration due to its larger size.

If you are considering giving a pocket watch as a gift, the Double Hunter models may be worth looking into first as it’s always intriguing to view how the movement inside works.

Many families have a pocket watch in their possession that has been inherited from a deceased relative and thus has become an important part of family history.

It makes good sense to keep and cherish such an heirloom that perhaps more than anything reminds one of the passage of time and how it leaves its marks.

Serious watch collectors can hardly avoid pocket watches as they represent so much of the horological history.

Although most collectors probably do not use pocket watches in practice, they are still subject to admiration and curiosity whether they collect them or simply acquire knowledge in the field.

During the last half of the 19th century railroading was on the rise in USA and the pocket watch became a compulsory tool for railway employees in order to comply with the timetable and thus avoid accidents.

Nowadays one of the best examples of a workplace where people still use a pocket watch daily is the hospital.

Nurses use a specialised type of pocket watch attached to the uniform as a pendant.

These watches are also known as Fob Watches

and are worn in an upside down fashion so that it’s possible to tell time without having to handle the timepiece.

Nurses are supposed to not wear jewelry of any kind for hygienic reasons and a Fob Watch is an excellent solution to that problem.

Pocket Watches Are Still Being Made

The list above contains just some of many brands still manufacturing pocket watches.

And while we keep wondering whether pocket watches are outdated or not, let’s take a brief look at the incredible RM 020 Tourbillon Pocket Watch produced by Richard Mille: 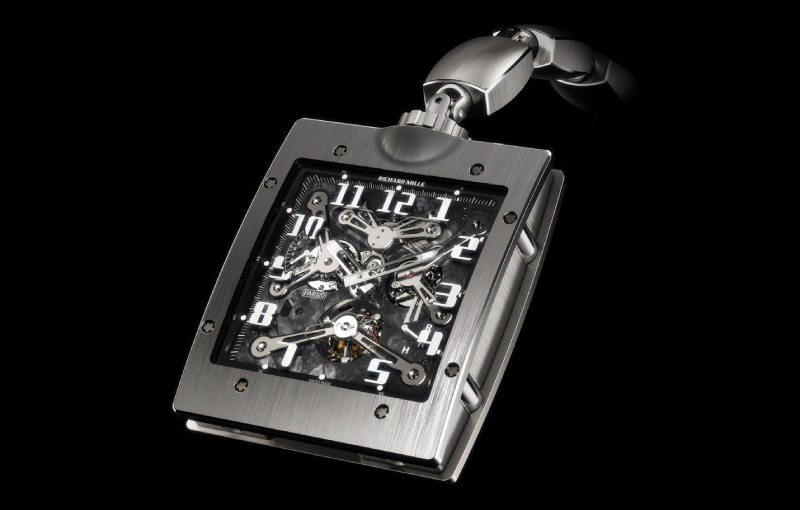 The heart of this unbelievable, futuristic looking timepiece is the RM 020 caliber with 28 jewels, it’s manually winded, made of titanium, has a sapphire crystal, 10-day power reserve and retails at a price of $480,000!

This miniature masterpiece is Limited Edition, which is common practice for Richard Mille, and probably more a collector’s item than a utility item, but at least it demonstrates that even after half a millennium, the pocket watch is still being interpreted and developed while continuing to amaze and inspire.