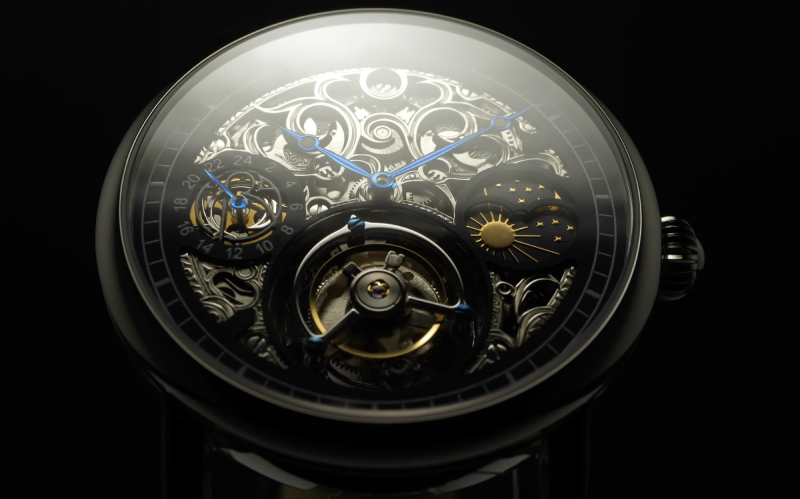 Today, I would like to introduce you to an interesting Tourbillon wristwatch, a feature usually reserved for luxury watches at astronomical prices.

ERA Prometheus is the name and the quality is claimed to be on par with the very best on the market.

However, what makes this watch particularly noteworthy is the price of just $1,499.

The watch is produced by a relatively new player in the watch market, ERA Timepieces, and they have so far made two models, ERA Prometheus and ERA Poseidon.

There are two versions of the Prometheus model and these are the ones I will be looking into this time.

Who Is ERA Timepieces?

ERA Timepieces is lead by CEO Michael Galarza and, according to the company itself, the main goal is to make Haute Horlogerie products “accesible to common man”.

Over time Michael became aware that many of the luxury goods made from parts from these suppliers were sold at retail prices well above the cost price, often 10-20 times higher.

He realized that the retail price would often be artificially inflated because of huge marketing expenses required for these companies to pay for celebrity endorsements and sponsorships, in order to continue to strengthen their brand.

This discovery was later turned into an experiment to show if people would be interested in a timepiece that was worth its value, but without being burdened by a large budget for marketing.

The vision was to develop a Tourbillon wristwatch at a retail price of less than $1,000 and in a quality that would compare with any Swiss made tourbillon watch.

That’s how ERA Prometheus was created.

For those who are not quite comfortable with what a Tourbillon watch is, let’s just briefly review the key elements behind the principle.

‘Tourbillon’ is French and means whirlwind.

It was developed around 1795 and patented by the French-Swiss watchmaker Abraham-Louis Breguet in 1801.

The cage will typically make a full revolution in one minute and the idea is to average out positional errors in order to improve accuracy.

The pocket watch would typically be kept in a pocket in vertical position and was thus subjected to constant gravity in the same direction.

Breguet believed that if the effect of gravity were distributed in all directions, it would have none or little impact on the more delicate parts of the escapement during longer periods of time and thus be considered theoretically eliminated or significantly reduced.

More than a century later the Tourbillon idea was tested on wristwatches.

However, many watch experts agree that Tourbillon technology is not the key to improve accuracy of mechanical wristwatches while others claim that it actually works with a measurable effect.

Whatever is most true big watch companies continue to produce Tourbillon wristwatches, often with the complication fully visible on the front of the watch. 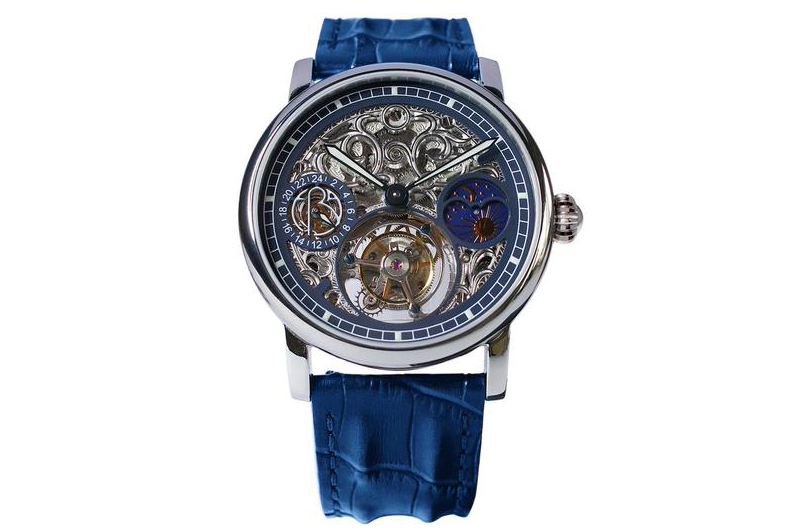 Unfortunately, these watches are quite expensive (from approx. $15,000 and up), if they are made by one of the more well-known brands.

That’s what ERA Timepieces intends to do something about and that’s why they launched Prometheus in 2018 at an introductory price of just $999.

Prometheus is the first model developed by ERA Timepieces and it comes in two editions, the Standard Edition and the Titan Edition.

The Titan Edition shares all of the above specifications except it’s made out of Platinum and the bezel is decorated with minimum 78 Diamonds, all Bright cut round GH colored with a clarity of VS1 and weighing 2.3 ct. in total.

In Greek mythology Prometheus is one of the Titans and a trickster.

The figure is known for creating man of clay and stealing fire from the gods to give it to humanity.

Prometheus is associated with intellect and intelligence and also seen as the author of the human arts and sciences generally.

What Else Is There to Know?

The Prometheus is a socalled Skeleton type watch meaning that you can see the internal parts of the watch.

It’s 44 mm in diameter and this means that it will not sit well on small wrists.

Besides, big watches are not something that fits everyone’s taste.

In addition to the Tourbillon complication the Prometheus comes with 24-Hour GMT Timer and a Dual-Revolving Sun Moon Dial.

The leather strap is available in Black, Marine Blue, Brown, Charcoal Grey, and Red and you can also get it in Stainless Steel.

ERA Prometheus comes in a beautiful, hand-crafted wooden box and a unique certificate is included.

How Is the Quality of ERA Prometheus?

ERA Timepieces fully recognizes the skillfully executed precision work behind the well-known and very expensive Tourbillon watches produced by the largest companies in the watch industry.

In fact they call these watches the “supercar of watches”.

What ERA Timepieces questions is whether they need to be so expensive.

The young company is aware that it is only reserved for elite watchmakers to build Tourbillon watches, but believes that these talented people are controlled by the established watch industry and that prices can thus be kept artificially high.

When ERA Timepieces began as luxury brand distributors, a large network of contacts was gradually built up that included the same master watchmakers who build Tourbillon watches for the well-known brands.

ERA Timepieces have partnered up with these master watchmakers and thereby pierced through the established market and as a result, Prometheus is made exactly like other Tourbillons.

Whether it’s watch fans, dealers, connoisseurs, experts of horology, or owners of million dollar Tourbillon watches, an overwhelming majority of them seem to believe that the ERA Prometheus is worth looking into if you want an affordable, well-built, well designed, high quality Tourbillon wristwatch.

In fact, I have yet to see any competent expert completely dismiss the Prometheus, although I’m sure they exist.

So the question may be, if you buy ERA Prometheus, do you actually get a luxury Tourbillon watch at a ridiculously low price?

Everyone has their own definition of a luxury watch, but if the criteria include precious materials, more or less ‘superfluous’ complications and the very best of watchmakers putting everything together, this watch is certainly on the right track.

Of course there’s no comparison between a Jacob & Co. Astronomia Tourbillon and the ERA Prometheus, just to give you an extreme example, but I see no reason why the Prometheus should not bring you just as much joy as any Tourbillon watch in the 5-figure price range, and it may be worth noting here that if this is in fact the case, the price difference is less than trivial.

Actually ERA Timepieces is so certain of your satisfaction they offer all customers a 60-Day Risk-Free Trial and 2-Year Warranty if you decide to keep the watch.

With a price of $1499 and a trial period of 60 days, the risk of buying is basically eliminated and that confidence strongly suggests that the company really has created a quality product comparable to the best on the market today.

At least it will be very interesting to follow ERA Timepieces in the future and see if all the hype was justified or if it was merely a tempest in a teapot.

ERA Solaris – One of the Best Tourbillon Watches?