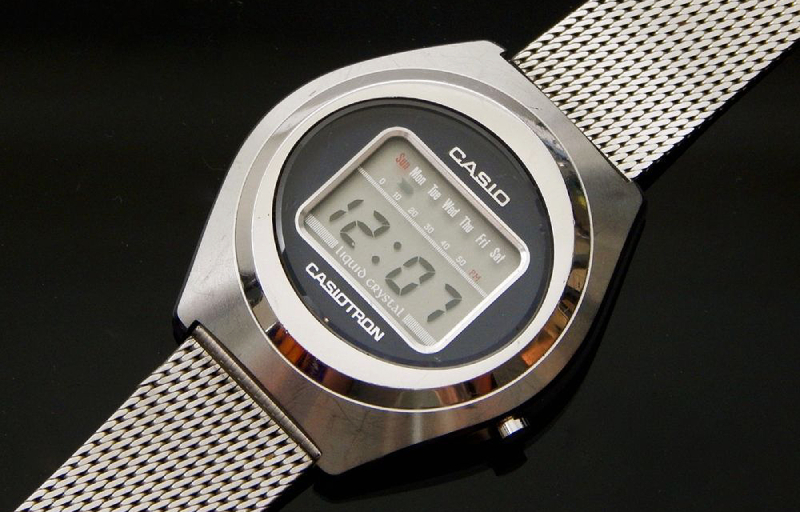 If you have experienced the 1980s as a youngster, then you may remember that this was the decade when The Digital Age really struck through and reached the general public.

The first Space Shuttle was launched, the personal computer gradually became common property, the Internet was born and evolved with explosive growth, and films such as Blade Runner (1982), E.T. (1982), War Games (1983) and Back to the Future (1985) set the trend on the movie screen.

And while speaking influential movies of the 1980s, it feels appropriate to mention the Star Wars Trilogy though the first episode of the original Star Wars (later retitled Star Wars: Episode IV – A New Hope) premiered as early as 1977.

On the whole, it seemed that the transition to the 1980s was the epitome of optimism and hope that technology and its unlimited possibilities could bring peace, happiness and prosperity to all.

The past was passé, everything was about the future and its many technological opportunities.

The 1980s were also the decade in which you could experience a significant shift in fashion from mechanical watches to digital watches.

Mechanical watches at that time tended to be perceived as old-fashioned among young people and something one’s father or uncle wore.

The Digital Age was upon us and made its mark on many consumer goods including wristwatches.

Casio was not late to take advantage of this new flow and began their popular series of digital wristwatches with the CASIOTRON model launched in November 1974.

By this time, the company had already developed a cutting edge electronic technology based on the development of calculators and office devices, so it was natural for Casio to combine this know-how with the quartz watch technology.

Thus, Casio entered as a very active player in the watchmaking industry and quickly became one of the leading actors.

On the other side of the Atlantic the electronic technologies were still mostly developed in the United States, but as a consequence of choices regarding technique, the quartz technologies were more or less ignored.

Several American companies launched affordable digital watches in the 1970s though, including Elgin Watch Company, Timex, Texas Instruments Inc. and many others, but the vast export of cheap electronic watches from Hong Kong through the 1970s eventually forced American companies to pull out of the watch market.

Only Timex and Bulova survived what has since become known as The Quartz Crisis or The Quartz Revolution, the rest went out of business and sold their brand names to foreign competitors.

The Impact on the Swiss Watch Industry

The Quartz Crisis was also noted in Switzerland.

In other countries that did not enjoy neutrality, the focus was on more urgent issues and therefore Switzerland had virtually no competition.

Thus, prior to the 1970s, the Swiss watch industry had 50% of the world watch market.

In the late 1950s and early 1960s, Seiko and Swiss watch manufacturers including Patek Philippe, Piaget and Omega competed fiercely over who could produce the first quartz watch.

This watch was used as a backup timer in the 1964 Summer Olympics in Tokyo.

In 1966, Seiko, along with Longines, presented the world’s first quartz pocket watch and on December 25, 1969, Seiko launched the Astron

, the world’s first quartz wristwatch, which marked the beginning of The Quartz Crisis.

Mechanical watchmaking was still considered an artform in Switzerland and a large component of the country’s national sense of identity and the Swiss watch firms hesitated to fully embrace quartz watch technology.

Outside of Switzerland, US and Japan in particular, welcomed the new technology and it quickly turned out to be a very wise move.

In fact, the number of Swiss watchmakers dropped by more than 60% between 1970 and 1988 as a direct result of The Quartz Crisis.

While Casio was developing a large number of various product types throughout the 1970s and 1980s, a great deal of effort was invested in quartz timepieces.

The company realized that a battery-powered digital watch opened up a myriad of possibilities to implement special features in addition to regular timekeeping and it became one of the hallmarks of Casio’s continued development of new wristwatch models.

Here are some of the most groundbreaking releases:

The first wristwatch equipped with a Liquid Crystal Display (LCD) produced by Casio.

The classic wristwatch with built-in calculator function along with chronograph features.

The first edition from the legendary G-Shock series.

The first model by Casio including a databank that could save and recall 10 groups of 16 letters and numerals.

Model with case and wristband in one piece. The PELA FS-10 was also ultrathin and superlight, only 3.9 mm thick and 12 grams.

Back to the Future!

There’s an interesting scene in the movie Back to the Future III from 1990 in which the dialogue goes like this:

Doc: Unbelievable that this piece of junk could be such a big problem. No wonder this circuit failed… it says, “Made in Japan”.

Marty: What do you mean, Doc? All the best stuff is made in Japan.

Without a deeper understanding of the context it may be difficult to truly grasp the meaning of the dialogue (watch the movie if you haven’t seen it yet, in fact watch the whole trilogy, it’s still good!), but the scene is most likely meant to be an acknowledgement of Japanese digital technology in the 1980s.

When Casio joined the watchmaking industry in the early 1970s, no one could predict what the future would bring.

However, it soon turned out to be an investment that paid off and today Casio offers a number of strong watch lines including:

Casio is stronger than ever not least thanks to a solid position in the market for quartz wristwatches and all the classics of the 1980s are still being produced.

Although the Vintage models have been updated with modern technology, the design and features are about the same and the recognition is not to be mistaken.

The truth is that these classics have never really gone out of fashion.

And best of all, the price is as attractive as ever.

So why not check them out now

and enjoy the nostalgia of the 1980s.

Is This the Best Casio Edifice Watch Ever?