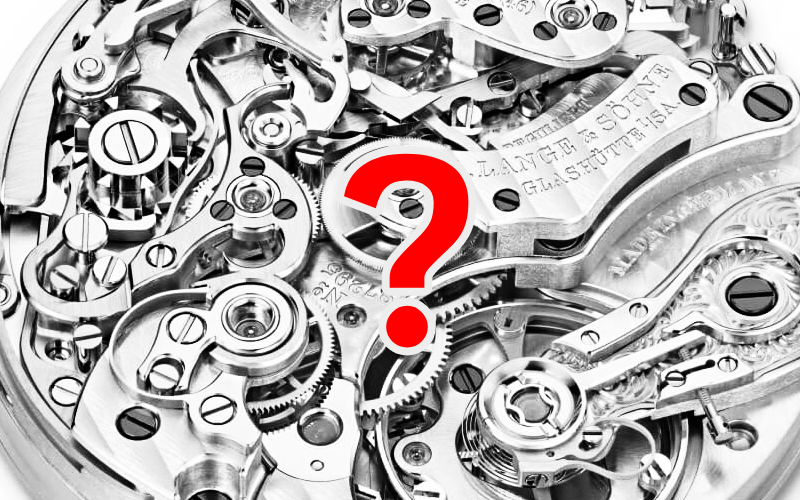 In horology ‘Complication‘ is a term used about the features in a mechanical timepiece that is additional to displaying hours, minutes and seconds.

Some believe that these features must be directly related to time measurement in order to qualify as a complication.

As an example many mechanical watches have a built-in power reserve indicator, but since this feature is not directly linked to time measurement, some purists consider it not being a complication.

The same is true of, for example, Tourbillon, which is a feature originally invented to make pocket watches more accurate.

Seiko’s popular Seiko 5 series is characterized by displaying the day and date in a single window at the 3 o’clock position and such feature can be termed as a complication.

Another example is mechanical chronograph watches that, in addition to being able to show regular time, also have built-in stopwatch function.

However, these 3 complications must belong to one of each of the following main categories:

Please note that the following examples of mechanical watch features are accepted by most as being watch complications, but some of them are not accepted as complications because they are not directly associated with time measurement.

Automatic watches, also known as self-winding watches, use the physical movement of the hand to create energy to power the watch.

Clocks with stopwatch function. In its simplest form equipped with a single second hand which can be started, stopped and restarted.

A special type of chronograph where the second hand can be reset with a single push of a button and restarted with no delay.

The Coordinated Universal Time (UTC) in one or more alternative regions of the globe, usually off by a whole number of hours.

Some complication watches are capable of showing the equation of time.

Depending on the time of year, days can be up to 20 seconds longer or shorter than 24 hours.

As a result, the orbital speed varies throughout the year.

A timekeeping system primarily used by astronomers for easier location of celestial objects.

The moment when the upper edge of the Sun is just visible on the horizon, morning and evening.

Easter falls on the first Sunday after the Full Moon date that falls on or after March 21.

The Moon Phase depends on the orbital position of the Moon around Earth and the angle to the Sun.

Some mechanical watches have a dial showing the shape of the directly sunlit part of the Moon at any given time.

A dial showing the positions of the planets in our solar system or the most visible star constellations in the Milky Way.

A fully automatic calendar that takes into account the different lengths of the months as well as leap years.

Indication of the stored energy left in the watch before it will stop running.

A sub-dial showing fractions of a second. This complication is also known as Jumping Seconds or the Flying Seconds Hand.

A complication that originally aimed to improve the accuracy of pocket watches.

Not all horologists consider Tourbillon a watch complication.

The World’s Most Complicated Watches

Not surprisingly, it is a pocket watch that occupies the driver’s seat as the most complicated mechanical watch ever made.

As is well known, pocket watches are traditionally larger in size and can therefore accommodate several watch pieces.

The watch was introduced by Vacheron Constantin

in 2015 under the name Vacheron Constantin Reference 57260 and contains no less than 57 complications! 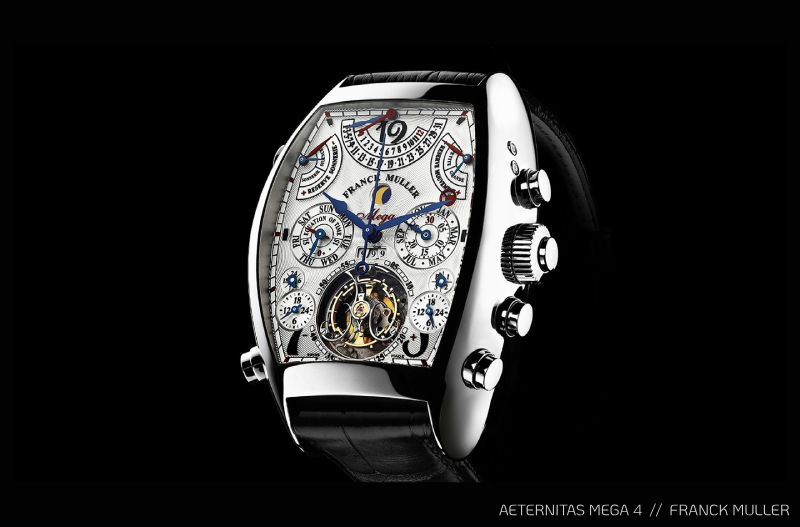 The world’s most complicated wristwatch is called Aeternitas Mega 4 and is produced by Franck Muller.

The watch consists of 1,483 components and houses 36 complications, 25 of them visible.

It also has a 1000-year perpetual calendar.