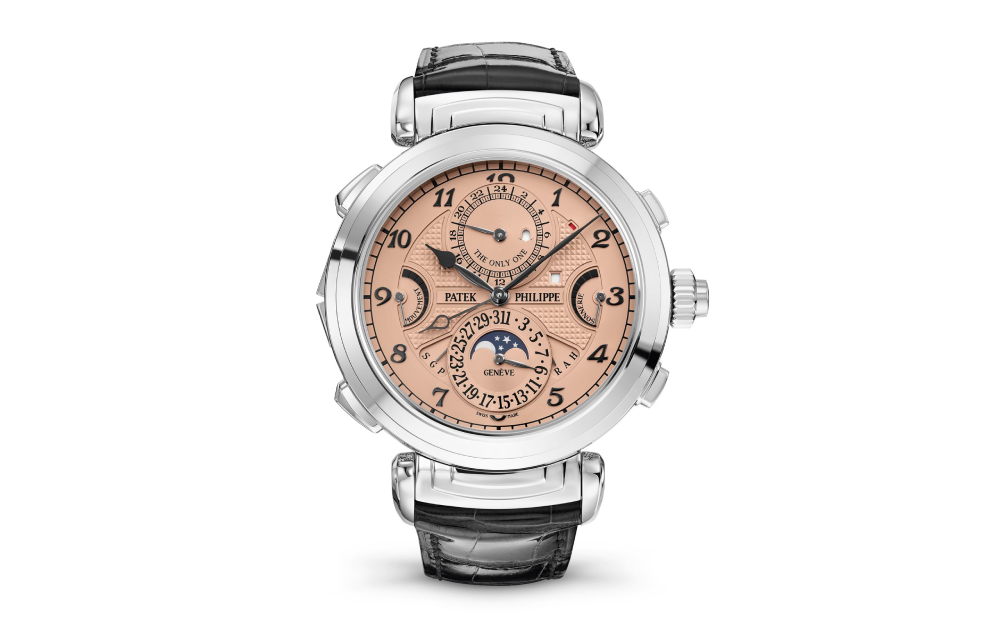 Until Saturday, November 9, 2019, the most expensive watch ever sold was the Patek Philippe Henry Graves Supercomplication, which was sold at auction on November 11, 2014.

The price at the time was about $23.5 million, but that record has now been beaten.

The Most Expensive Watch in the World

From time to time you hear about these insanely expensive timepieces, such as the Jacob & Co. Astronomia Tourbillon that costs between half and a million USD or the Richard Mille RM020 Pocket Watch that has a list price of $480,000, and you can’t help but wonder who can afford these watches and why they buy them.

The timepieces mentioned above are series produced, although in a very small edition, but in that sense they are not unique.

On the other hand, many of the finest luxury watches sold at Christie’s, Sotheby’s or Phillips are extraordinary because these watches often exist only in a single copy, or because of a special history associated with them.

On November 11, 2014, the Patek Philippe Henry Graves Supercomplication was sold at auction at Sotheby’s in Geneva, Switzerland.

It was until recently the most expensive wristwatch ever sold at auction.

But on November 9, 2019, another Patek Philippe was sold at auction for a record price of 31 Million Swiss francs, or the equivalent of approx. $31.1 million!

The 8th Only Watch auction took place in Geneva, Switzerland and was held as a charity auction.

The biennial auctions have taken place since 2005 and are held by Christie’s, but are organized by the Monaco Association against Duchenne Muscular Dystrophy and proceeds go to support research.

Only one-off luxury timepieces can be offered at these auctions.

Muscular dystrophies are a group of genetic conditions characterized by progressive muscle weakness and wasting (atrophy).

The Duchenne and Becker types of muscular dystrophy are two related conditions that primarily affect skeletal muscles, which are used for movement, and heart (cardiac) muscle.

These forms of muscular dystrophy occur almost exclusively in males.

Description of the New Record Watch

Grandmaster Chime Ref. 6300A-010 is the name of the famed record watch, it is made in a single copy only and it bears the very appropriate inscription “The Only One” on the subsidiary alarm time dial at 12 o’clock.

This particular watch is made in a rare type of steel and the model was launched in 2014 to become part of Patek Philippe’s regular collection, only in a white-gold version.

It features no less than 20 complications including 5 acoustic functions.

2 of these have never been seen in a wristwatch before: an alarm that strikes the preprogrammed alarm time and a date repeater that sounds the date on demand.

Interestingly enough this watch is not even water resistant, but then again this is not uncommon with mechanical luxury watches.

I guess you don’t get everything for $31 million…!

Top Five Most Expensive Timepieces in the World

The new record holder on the list of the most expensive timepieces in the world.

This impressive pocket watch is made of 18 ct. gold and has no less than 24 complications.

Named after the banker Henry Graves Jr. (1868-1953) who was an ardent watch collector and patron of Patek Philippe.

Newman’s Rolex Cosmograph Daytona was a gift from his wife, actress Joanne Woodward, and has long been considered the Holy Grail among watch collectors.

The case back carries the inscription “Drive Carefully Me”.

There are four known examples of the Steel 1518 in the world.

A unique timepiece made specifically for the Only Watch auction in 2015.

Features a stainless steel case and a blue enamel dial with Arabic numerals, both previously unseen in the Ref. 5016.

At the time of introduction the most complicated watch by Patek.

Paying the tidy sum of $31.1 million for a wristwatch seems almost decadent and of course it is only reserved for the very richest in the world to be able to do so.

I imagine this eyebrow-lifting news will appear as the Emperor’s New Clothes for some people, but for me it’s just another reminder of how exciting the world of horology can be.

What I think is more important in this context is that the Only Watch project is also about compassion and that the profits go to charity, in this case, specifically for research into the rare but very serious Duchenne Muscular Dystrophy disease, which typically starts around the age of four mostly for boys and worsens quickly.

An honorable cause to support.