Time is a truly weird phenomenon. We measure time constantly, with ever-increasing accuracy, yet the concept of time keep us wondering what it actually is.

Read these quotes by famous people and learn how the concept of time influenced them to make these unforgettable statements.

Time you enjoy wasting is not wasted time.

This is one of my favourite quotes, as it emphasizes the importance of having a good time just for the sake of enjoyment. 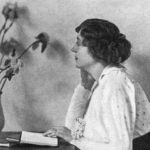 Martha Troly-Curtin is perhaps best remembered for the Phrynette novels and it is from her second novel Phrynette Married (1912) the popular quote originates.

This saying has also been attributed to philosopher and logician, Bertrand Russell, as well as to musician/songwriter John Lennon.

“I wish it need not have happened in my time,” said Frodo.

“So do I,” said Gandalf, “and so do all who live to see such times. But that is not for them to decide. All we have to decide is what to do with the time that is given us.”

This quote is from the first of three volumes of the epic novel The Lord of the Rings by the English author J. R. R. Tolkien. 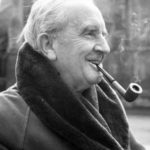 John Ronald Reuel Tolkien, 3 January, 1892 – 2 September, 1973, was an English writer, poet, philologist and academic who, apart from The Lord of the Rings, is best known as the author of the fantasy works, The Hobbit and The Silmarillion.

The great success of The Hobbit

and The Lord of the Rings

led to a comeback of the fantasy genre, and Tolkien is often referred to as the “father” of modern fantasy literature.

A humourous and slightly bizarre quote that I honestly didn’t understand the first time I read it! 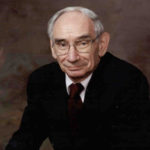 Anthony “Tony” Gervin Oettinger was born 29 March, 1929 in Nuremburg, Germany, and is a linguist and computer scientist.

The saying above is an example of syntactic ambiguity and was formed by Oettinger to demonstrate the challenges of machine translation.

Oettinger is a pioneer in the early development of computer code and artificial intelligence (AI) and wrote the first AI programs to incorporate learning.

How did it get so late so soon?”

So simple, so good. 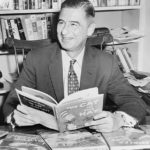 under the pseudonym Dr. Seuss.

His work includes many of the most popular children’s books of all time, selling over 600 million copies and being translated into more than 20 languages by the time of his death.

Yesterday is gone. Tomorrow has not yet come. We have only today. Let us begin.

In short, there is only now, so how do you want to use it. 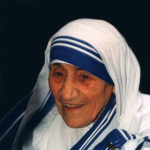 Mary Teresa Bojaxhiu, 26 August, 1910 – 5 September, 1997, was an Albanian-Indian Roman Catholic nun and missionary. She was born in Skopje.

After living in Vardar Macedonia for eighteen years, she moved to Ireland and then to India, where she lived for most of her life.

In 1950 Mother Teresa founded the Missionaries of Charity, a Roman Catholic religious congregation which had over 4,500 nuns and was active in 133 countries in 2012.

You can have it all. Just not all at once.

Reminds me of the quote “All things come to those who wait” by the English poet Lady Mary Montgomerie Currie (1843 – 1905). 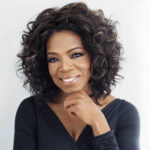 She is best known for her talk show The Oprah Winfrey Show, which was the highest-rated television program of its kind in history and was nationally broadcasted from 1986 to 2011 in Chicago.

Don’t spend time beating on a wall, hoping to transform it into a door.

A powerful and beautiful reminder of not wasting time on frustrations when facing adversity. 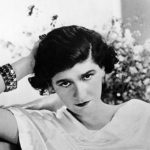 Best known for establishing the Chanel brand and credited with liberating women from the constraints of the “corseted silhouette” and popularizing a sporty, casual chic as the feminine standard of style.

Chanel also designed jewellery, handbags and fragrance, including her signature scent, Chanel No. 5.

She is the only fashion designer listed on Time magazine’s list of the 100 most influential people of the 20th century.

Time is the longest distance between two places.

Regardless of the physical distance between the point of departure and the point of arrival, it’s really the travel time we’re concerned about. 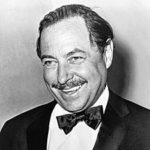 Thomas Lanier “Tennessee” Williams III, 26 March, 1911 – 25 February, 1983, was an American playwright. He is considered one of the foremost playwrights of 20th-century American drama.

After years of obscurity, at the age of 33, he suddenly became famous with the success of The Glass Menagerie (1944) in New York City.

Much of Williams’ work has been adapted for cinema.

A man who dares to waste one hour of time has not discovered the value of life.

I wonder how people define the term ‘waste’ in this context. 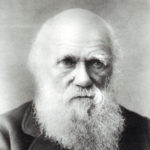 Charles Robert Darwin, 12 February, 1809 – 19 April, 1882, was an English naturalist, geologist and biologist, best known for his contributions to the science of evolution.

His proposition that all species of life have descended over time from common ancestors is now widely accepted, and considered a foundational concept in science.

Darwin’s scientific discovery is the unifying theory of the life sciences, explaining the diversity of life.

Time is an illusion.

Another one of my favourite quotes. 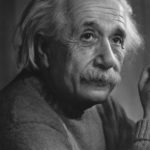 Albert Einstein, 14 March, 1879 – 18 April, 1955, was a German-born theoretical physicist who developed the theory of relativity, one of the two pillars of modern physics (alongside quantum mechanics).

His work is also known for its influence on the philosophy of science.