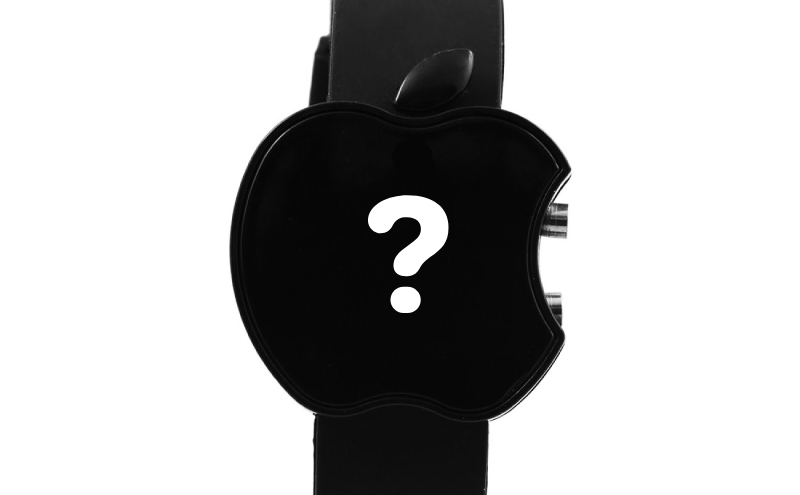 Apple has traditionally always kept the cards close to the chest, right up to the actual running of their legendary keynote events.

The element of surprise and those breathtaking moments where a brand new concept is being presented while the audience is relieving a gasp of astonishment, is probably the best PR a company can get.

Apple knows that. They count on it.

In other words, we are more or less confined to guessing and speculations when it comes to making predictions about the next generation of Apple Watch.

That won’t stop us from trying though.

The first Apple Watch was released in April 2015 and quickly became the best-selling wearable device.

Since then a new series has been introduced each September.

There is no immediate good reason to believe this tradition will change and we therefore expect Apple to introduce a new model in September 2020.

The design of the Apple Watch hasn’t changed much over the years, but maintained the same style, look and feel.

The compact iPhoneish square shape has been kept intact from day one, though the corners have become slightly rounder with the latest series.

Therefore, we believe the basic design will continue with the next series.

The first Apple Watch was only available in aluminum, but Apple now offers Apple Watch 5 in ceramic, stainless steel and titanium as well.

We don’t believe Apple has plans of changing these options.

With Apple Watch Series 4 new sizes was introduced and the watch became available in 40 mm and 44 mm.

Improvements We Would Like to See in Apple Watch 6

They sometimes coincide, but not always.

Below you can see a list of key points in random order we think would improve Apple Watch significantly enough to justify a replacement or a first buy.

Apple Watch is quite power consuming and requires a daily recharge, so this is a natural candidate on our wish list.

Some features are more demanding than others, but in general Apple gives two simple ways of preserving battery life.

You can adjust the screen brightness and / or use Wi-Fi.

But it’s when Apple Watch is on a cellular network and becomes independent of your internet connection at home that the watch really shines and opens up to a number of exciting possibilities like navigation via GPS.

Unfortunately this type of connection is quite power consuming, so in any case: More power on the battery, please!

And that first wish leads us directly to wish number two on the list.

Many conventional digital wristwatches have solar cells meaning you never have to replace the battery.

But it is clear that, for example, a Casio Wave Ceptor does not use nearly as much power as the Apple Watch, which requires a daily recharge in order to function optimally.

So the question is whether it will even pay for Apple to build solar cells into the Apple Watch.

Probably any type of solar cell will not be able to supply all the power needed to operate the Apple Watch. Most likely you will still need to charge the watch daily.

However, the rumor goes that Apple is currently working diligently to develop a self-driving, electric car, so far known as Apple Car, and the company has stated that it is working alongside on a completely new and improved solar cell technology that will extend the range and shorten the charging time of electric cars.

Apple has also stated that it will be possible to implement this technology into Apple Watch and if that is in fact the case, Apple Watch will undoubtedly be equipped with a solar cell sooner or later, perhaps even as soon as in Series 6.

You can in fact make FaceTime calls on Apple Watch already, but without the face part and that’s just not the same, is it…

It’s nice that you can talk using Wi-Fi or a cellular data connection, but what we would like to see in the near future is a tiny front camera built into the next generation of Apple Watch to turn FaceTime calls into real video chat, just as we know it from iPhone.

A fun thing that is not essential, but which might spark renewed interest in the Apple Watch.

No watch is waterproof per definition and the term ‘waterproof’ was abandoned by the established watch industry a long time ago.

The original Apple Watch and Series 1 was rated IPX7 meaning that it would withstand a submersion in water at a depth of one meter for 30 minutes and survive.

From Series 2 through Series 5 Apple Watch has been rated water resistant to 50 m and that’s actually pretty good for a smartwatch.

But similar to battery power you can never really get enough… When it comes to water resistance, more really is more.

What we would like to see is Apple Watch gradually nearing the outdoor watch category, but in order for the Apple Watch to qualify for an outdoor watch, it should be rated water resistant to 100 m as an absolute minimum.

Better water resistance will by no means make Apple Watch a full-blown outdoor watch itself, but it’s a step in that direction and a good thing in any case.

So better water resistance is on our list as well.

The screen will always be the ultimate challenge for a smartwatch.

There is a physical limit to how big the screen can be on a smartwatch to keep it supple and compact enough to be worn on the wrist.

The same challenge is faced with a smartphone, but since a smartphone is designed to fit in a standard pocket, it obviously means that the screen can be bigger with all the benefits that means.

The hope of an improved display for the Apple Watch is a very big challenge, but the wish has to be included on our list because even the smallest improvement of the screen itself would be a wish fulfilled.

‘Health’ is a major keyword in the way Apple Watch was designed right from the start.

It counts your steps, calculates burned calories, takes ECGs, tells you when to change breathing pattern and more, all designed to supervise your health condition.

It also has a number of exercise programs to measure the efficiency of your workout session.

Being rested in the morning is a natural part of the concept of health, so we believe Apple will look deeper into Sleep Tracking sooner or later.

There are fine third-part options out there already, like AutoSleep, but we think Apple will be able to make an improved, finetuned version with better integrity.

What Is the Best Watch Face on Apple Watch?

43 Examples of How to Use Siri on Apple Watch