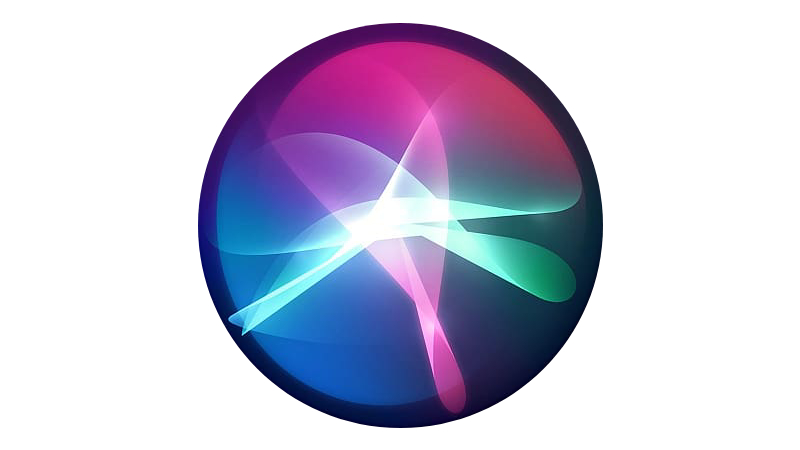 When Apple introduced Siri on iPhone 4S in 2011, it was received by users with mixed emotions.

There were those who felt that Siri was not yet fully developed and then there was the group that could see a great potential and the possibility that Siri could eventually develop into an indispensable, supplementary tool.

Here at Great Wristwatches in 2020 there is no doubt.

Siri is super smart and would be sorely missed if the feature suddenly disappeared from Apple’s operating systems, not least watchOS, which is the operating system running on Apple Watch.

Fortunately, Apple has no plans to do that as far as we know.

Siri is a feature implemented in Apple’s operating systems iOS, iPadOS, watchOS, macOS and tvOS which in short allows you to activate commands through your voice.

Part of Siri’s method is voice recognition and Speech-to-Text capability.

This means that Siri can write messages and emails for you, or fill in text fields as you talk.

However, Siri can do so much more than just take a dictation from you, so let’s take a deeper look into how Siri can become your perfect personal assistent.

Why Is Siri Smart?

Apple Watch may in some ways be perceived as a kind of mini-version of an iPhone, although it is probably more accurate to see Apple Watch and iPhone as two independent, complementary devices.

This means you can do a lot of things with the Apple Watch, but to get the full benefit of the Apple Watch you sometimes have to give the watch some input before it can return a meaningful output.

A keyboard, physical as well as virtual, is impossible to integrate into a smartwatch and that’s why Siri is a big help when Apple Watch needs input.

Now, Siri is by no means flawless and this applies to voice recognition as well as its ability to ‘understand’ contextually.

That being said, some consistent practice with Siri should definitely convince you that Siri is a most helpful tool, especially on Apple Watch.

So let’s delve into some everyday examples that should arm you with a good allround concept of how to use Siri and get the most out of it.

43 Examples of How to Use Siri on Apple Watch

Siri has been programmed to interprete a wide variety of human spoken ways of requesting information and a good example of that is weather information.

For example if you want info on the weather today, you can ask in many ways:

And probably many more.

In the following we will be dealing with the most common tasks for the average Apple Watch user and how you can use Siri to have them executed.

Everything in bold is the exact words to say to Siri.

All questions have been tested on an Apple Watch Series 5 (GPS + Cellular).

Gives you a weather forecast for the day.

“How’s the weather on Tuesday?”

Gives you a 10-day weather forecast.

Converts 1 USD to your local currency.

“Convert one euro to GBP”

Gives you the value of 1 euro in British pound sterling.

You can say each number one digit at a time which makes it easier to calculate with big numbers.

It’s a really convenient thing that you can add titled calendar events to the Calendar directly from Apple Watch.

Here’s the format to use:

Let’s say you want to create a reminder of your mom’s birthday:

You will now be asked about date and time.

If you only say a date, Siri will then ask you about the time and then you will be able to confirm.

Instead of feeding Siri with a specific date you can use words like “tomorrow” or “in a week”.

Will give you the exact time the Sun will set tomorrow.

“Phase of the Moon?”

Gives you a description of the momentary phase of the Moon.

“When is the next full Moon?”

Gives you date and time of the next full Moon.

If you want to create a titled alarm, this is the format:

Say you want to create an alarm titled “School”, this is what you say:

You will then be asked the time and after the time has been entered, the alarm will be created.

Gives you a complete list of all set and unset alarms.

Siri will ask you which alarm to delete and show you a list of all your alarms.

Tap the unwanted alarm and it is deleted.

Obviously a vital feature and Siri can make it very easy for you.

If Siri has information about your relatives, you can say things like:

“What is the time in [COUNTRY]”

You can also ask for the time in a city.

To obtain the current stock price for Apple, just ask:

“Stock a a p l” if you know the ticker symbol, or simply

A most useful feature, not least when activated through Siri.

It’s that simple and much faster than the app. Here’s an example:

And the timer will count down from 30 minutes.

Sometimes you need to convert a unit into another and Siri can help you with that.

Let’s say you need to convert from Fahrenheit to Celsius, you can say:

If you need to convert feet to meters, you can use this format:

Gives you information about the meaning as well as the pronounciation of a certain word.

“Find friends near me”

Will find friends if they are on your Find People list.

In general Siri can find virtually any information you need, but sometimes it may direct you to the Internet to have you continue your search there.

13. Funny Things You Can Ask Siri.

It doesn’t have to be dead serious all the time, sometimes you just want to have fun and since Siri is programmed with a sense of humour, why don’t you try these:

“What does Siri mean?”

“Do you have a boyfriend?”

“What are you wearing?”

“What does the fox say?”

“What’s the meaning of life?”

Siri is a terrific tool, especially on Apple Watch where data input can be a challenge.

It’s also incredibly userfriendly due to its superior ability to handle input and its contextual understanding.

You can say almost anything and Siri will make some kind of understanding out of it.

You may not get the desired result every time if you experiment too hard, but since this is a learning experience between you and Siri, it’s a great idea to push Siri to the limit and see what it’s capable of as part of the learning process.

What Is the Best Watch Face on Apple Watch?